AD9361 RX1 only shows expected plot when RX2 is plotted too

Currently validating a custom board using an AD9361 with IIO Scope. Simple loopbacks (TX1->RX1, TX2->RX2) are used at the moment, but we are observing a weird issue on RX1. To bypass any chip mis-configuration, we set the BIST to inject directly to RX, and we can reproduce the issue, which is the following:

When plotting RX1 alone in IIO Scope, we do not observe the expected results. RX2 is plotted as expected. However, if we plot both RX1 and RX2 at the same time, both plots are as expected... Is this a common mistake? Or even a possible issue with IIO Scope controls?

Here are some pictures to show the behavior with the following settings in BIST mode: 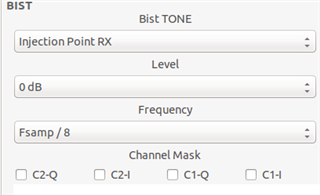 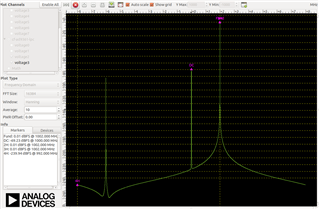 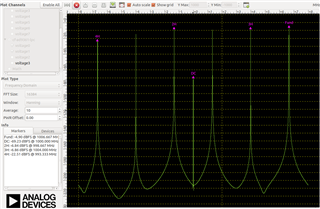 When plotting both RX1 and RX2, with for example two single tones from TX1 (2 MHz) and TX2 (4MHz), we get the expected result:

RX1 only with the same settings (different from above...): 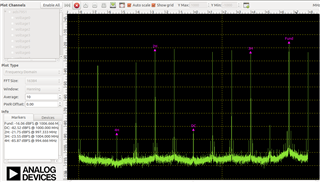 Again, is this a common mistake? Any help or pointers would be appreciated