Do you have a plot showing the baseband bandwidth of the ADL5375?

The two attached plots show the results of baseband frequency sweeps of the ADL5375-05 and ADL5375-15.  In both cases,  the frequency cruvature of the IQ Modulator's RF output response has been calibrated out. The ADL5375-05 has a 3 dB bandwidth of 750 MHz. In the case of the ADL5375-15, the device's baseband response was measured up to approximately 850 MHz at which point it was 1 dB down. 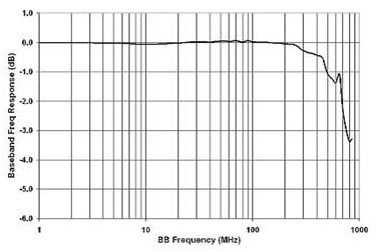 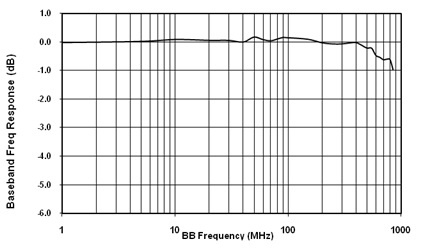