Question: Are S-Parameters available rms-responding RF detectors such as AD8362 or ADL5902? Or is there some kind of a behavioral model available for these devices.

Answer: We do not publish s-parameters for rf detectors. It is not really meaningful to talk about an RF detector having a full set of s-parameters. While you could measure the input return loss (S11) of the RF input of an  rf detector, you can't really talk about the the S21 since the output is not linearly related to the input. Also since the rf detector output looks like dc if the instantaneous input power to the detector is constant, you cannot talk about there being a phase relationship between the input and the output.

If you are trying to model the behavior of an rf detector with a linear-in-dB transfer function, the following equation may be helpful.

Vout is the predicted output voltage of the rf detector

Intercept is an extrapolation of the rf detector's transfer function. The Intercept is the extrapolated input power level that would result in a detector output voltage of 0 V. 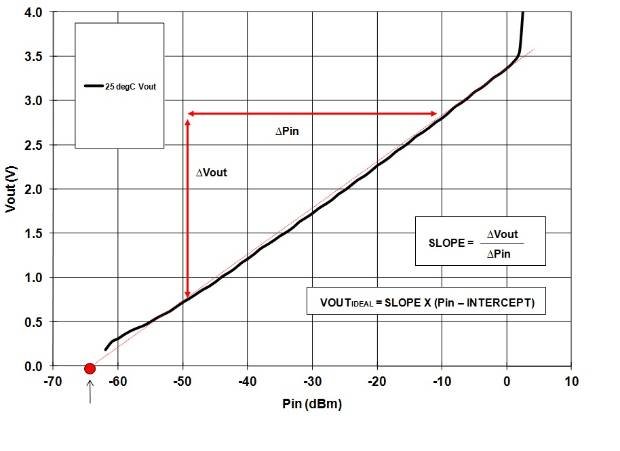