Problems with power transfer are occurring with the HMC292ALC3B. The HMC292 has been mounted on a PCB not identical to the evaluation board using a CPW design and SMA launch which has been tested previously, as shown here: 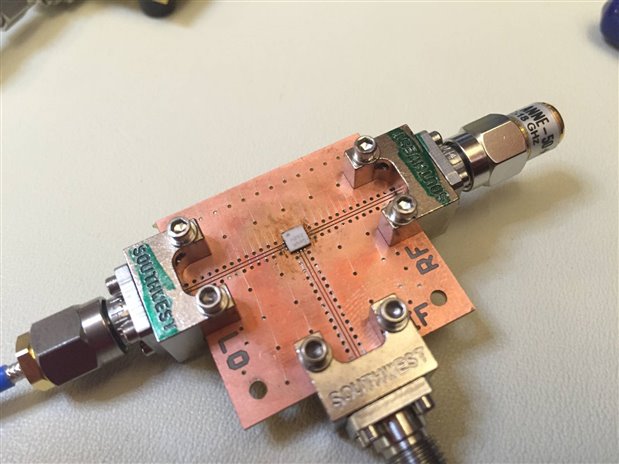 M1 and M2 are the mixed signals, M3 is LO leakage, and the other components are mixing of harmonics of the LO/IF. The above figure is not normalized for cable loss between DUT and FieldFox which is 5.5dB at 24GHz. This is a conversion loss of 30.5dB, and an LO/RF isolation of 55.5dB, which are both inconsistent with the data sheet.

Data points at 19, 21, and 25GHz for LO/RF, LO/IF, and RF/IF isolation were measured by exciting the LO port with 13dBm and the RF port with 0dBm while then looking at the other port with a spectrum analyzer (3rd port 50ohm terminated). The results are: 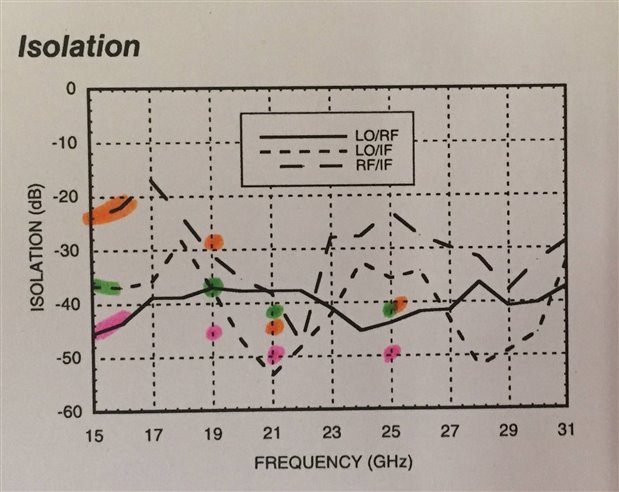 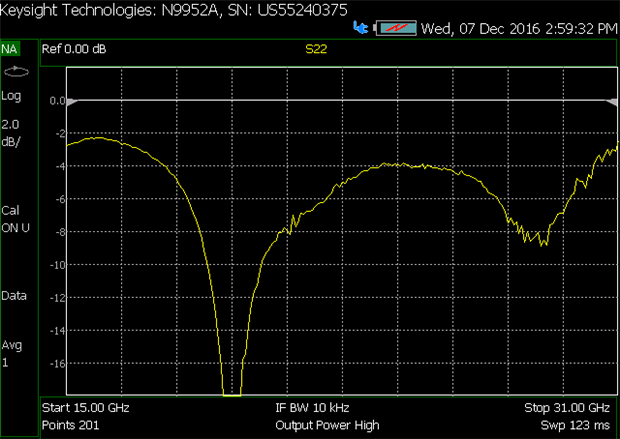 The IF return loss: 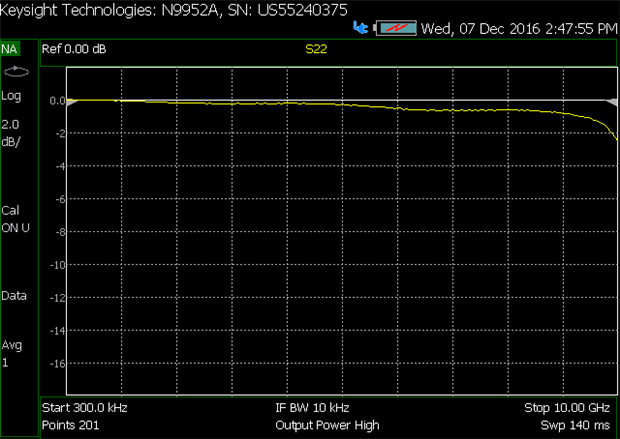 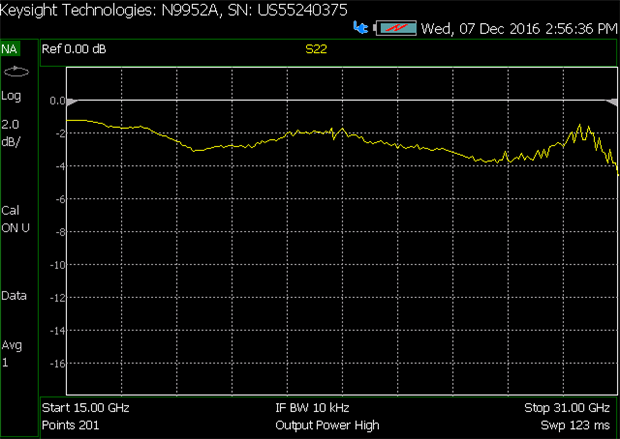 HMC292ALC3B was mounted and then was removed and replaced again, so the only thing I can think of is that the heat damaged it.

Any recommendations would be greatly appreciated!