We've been trying to communciate with this evaulation board using an STM32L552 uController for about two weeks.

The CE pin is powered at 3.3V (because the SDP-S board is normally the one that powers it).

6V is suppied at the plug to power all the Vcc pins.

Current is showing 230mA when powered up and SPI pins connected to the uC. Not sure if that is correct or not.

Pretty much been spinning our wheels because the MUXOUT pin is always at about 1.8V, and I've never able to read anything back from the device.

"Also, I want to make sure that SPI write is successful, you can write to Reg0x1E=0x4C for power-down and Reg0x1E=0x48 for power-up and observe the current."

I am pretty sure my writes are not getting to the device either, because I've tried to turn off the PLL register to see a current drop, but it was unchanged.

I tried using the no-os drivers provided by AD, but they didn't work.

I am able to use ACE fine to talk to the board, so I copied the register values shown for the configuration I want and tried direcly writing those registers. First 0x00 and 0x01,

then the rest of the registers in the reverse order like explained in the datasheet/user guide. Doesn't seem like its taking anything.

I added resistors 1.5KOhm to the MOSI, MISO lines because another post said to do so, but nothing changed. I don't see why this would make a difference besides cleaning the line though.

I've been using the HAL_SPI Drivers from STM to communicate to all my other parts in the system via SPI, including other AD components, but this ADF part won't work.

I see ACE is able to write in 1 24-cycle clock spurt, but HAL drivers can only do 8 or 16 bits spurts with that small paused shown in the images. I don't think this should be an issue though right?

I'm attaching a bunch of images so if anyone can point me to something I haven't tried, it would be much appreciated. 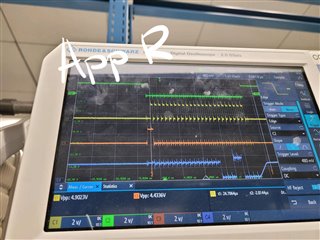 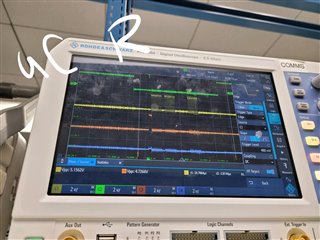 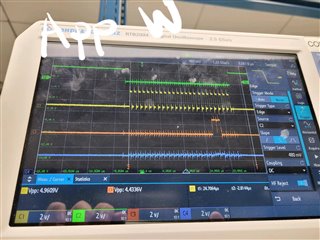 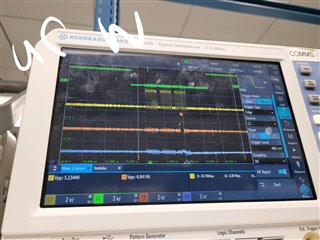 This is the last attempt 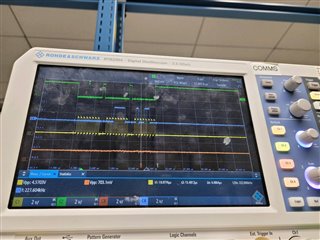 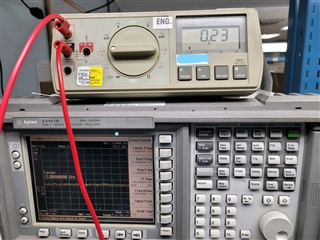 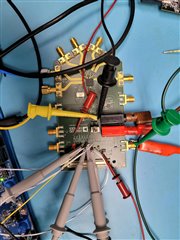 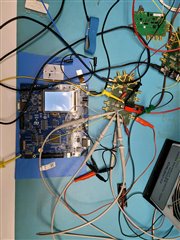