I would like to use the ADL5324 with a transceiver to achieve greater range, I know my power output would be above regulations but this is not for regular use or making a product that I would distribute. It is for a school project and purely as a proof of concept. Also the tranceiver output is 20dBm max, which is the maximum input rating for the ADL5324 so no problem there.

I am basing my schematic on the RF switch reference design, with the RX part removed and the ADL5324 instead of the switch. I'm doing this because part of the TX circuit is used to match the impedance to the RF switch, which happens to have the same input impedance as the ADL5324 (50ohms).

I would just like to know how to "add" these circuits together. I'm sure some components in both circuits are redundant and should be combined into one, but I don't know which ones and which value to get. I am not asking for precise calculated values, just ballpark numbers are fine.

The components that I think should be changed or removed are mainly C1/C2 and C3/C7 in the ADL5324 circuit as they seem to be present in both schematics.

Here are both reference designs, the values are the ones given by both datasheets for +-430MHz and below are the notes from the CMT2300A documentation. 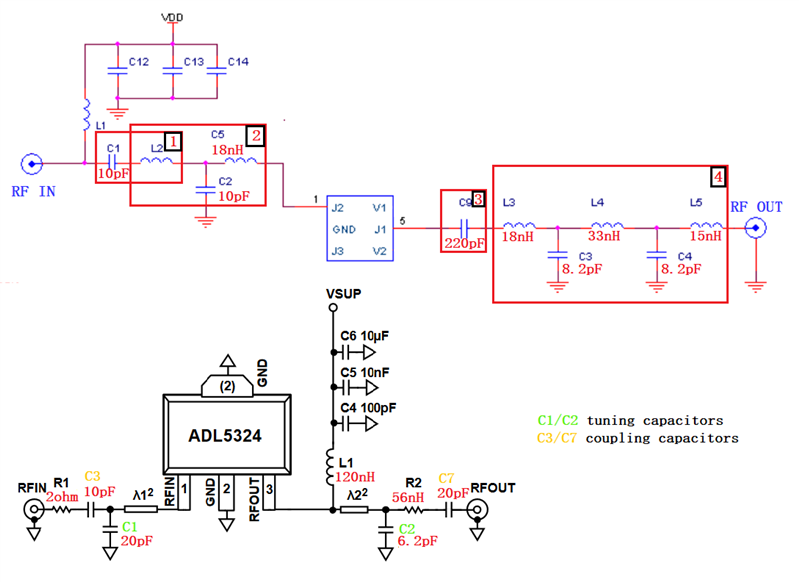 1 -  C1 is the blocking capacitor. At the operating frequency, C1 and the part of the inductor of L2 form the resonance to restrain the harmonics.

Here are the datasheets and revelant documents if I've failed to provide enough information about my case. 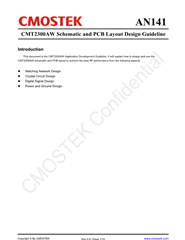 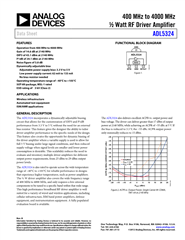 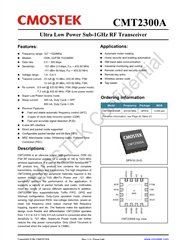