Dataseat of P5, V2 doesn't always fluctuate by 0V to V1 change, is it right? 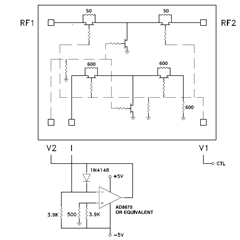