About LT3476  for  improve the onset of pulse-skipping behavior

Please tell me the following thing.

That 1000 times of condenser is added to the purpose which improves a pulse-skipping behavior in a data seat. 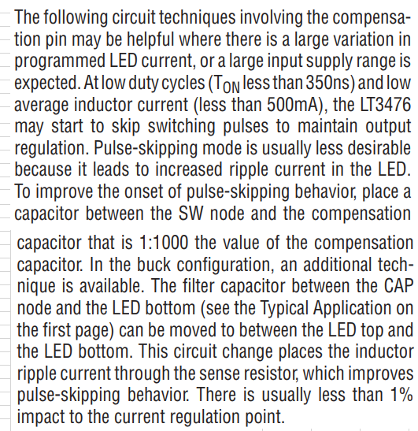