LTC3554 - 100uA draw when battery is below threshold voltage

I am using LTC3554 in my project as PMIC for battery charging and running the all the other circuitry. When I simulate the discharged battery with an external power supply and drop the voltage below ~2.5V the 2 switching regulators stop working as expected, but the current draw on the battery is still around 120uA. I tried in both standby and non-standby modes and there is no difference. This seems quite a lot and I cannot find any such figure in the datasheet. Is this expected for normal operation mode?

Any idea what might be causing this. I also couldn't find much detail on how the chip behaves when battery is empty in the datasheet. It is weird to me that standby mode doesn't make a difference, also if I disable one of the switching regulators the draw is the same ~120uA. 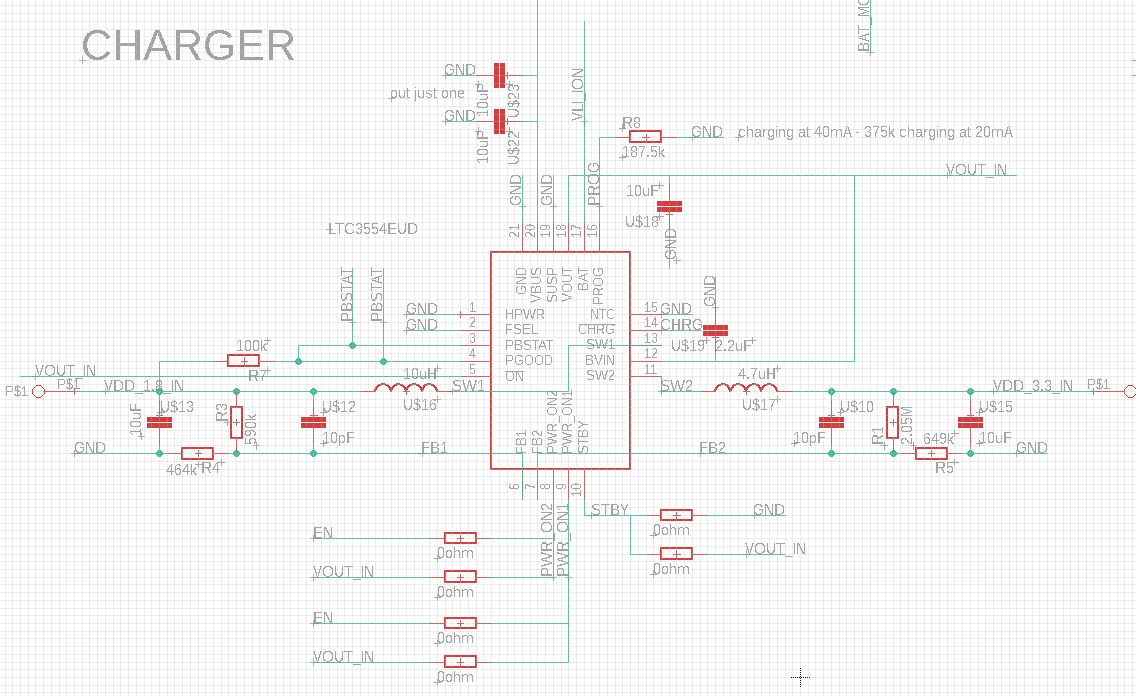 Notes on the schematic:

The ideal working pattern would be:

- LTC3554 works in standby mode when the battery is charged enough

- LTC3554 goes to POFF when battery is empty - less than 3.0V - I am assuming another voltage detector IC will be required here.

- MCU can bring LTC3554 out of standby mode if necessary