I have been using LTC3300-1 successfully for a couple of year.  The LTC3300 is on a separate PCB.  It is driven (SPI) by the MCU PCB with an ATmega2560 MCU.  On the MCU PCB there is also a LTC6810 cell monitor.  Considering that I could no longer buy LTC6810, I redesigned the MCU PCB using an ESP32-S2 MCU and a different method to monitor cells.

The balance PCB has not changed, but SPI communication does not work althought the commands sent by the MCU seem correct!

I have the impression that the SPI mode used by the LTC3300 when a sending data (read command) is not the same as the documented mode..

My understanding is that the LTC3300 SPI mode = 3: clock idle high, bits shifted on falling edge and data sampled on rising edge 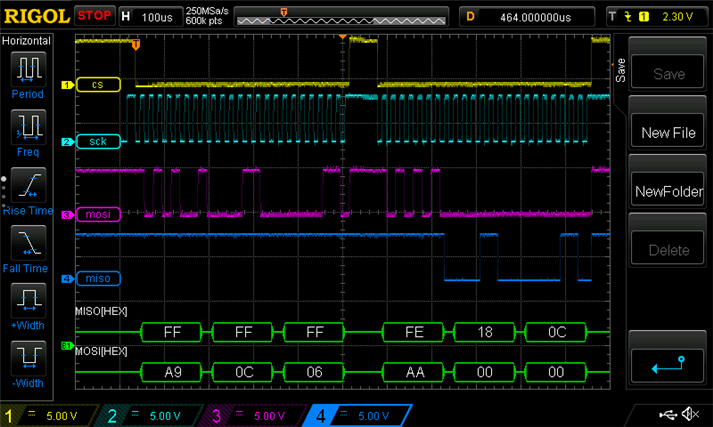 2) now same thing with the scope set to read on the falling edge: 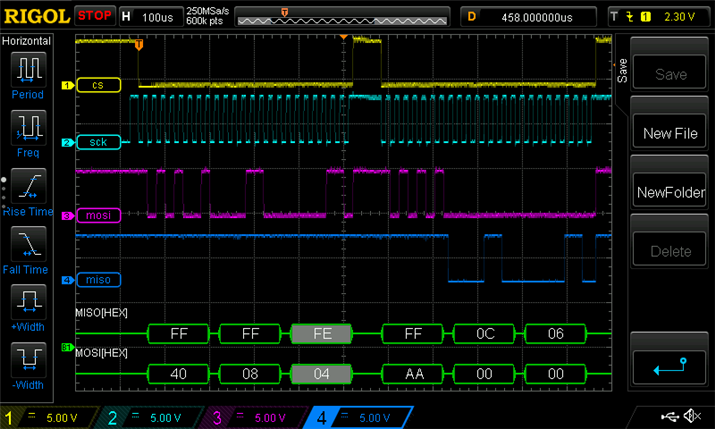 3) looking at it more closely: 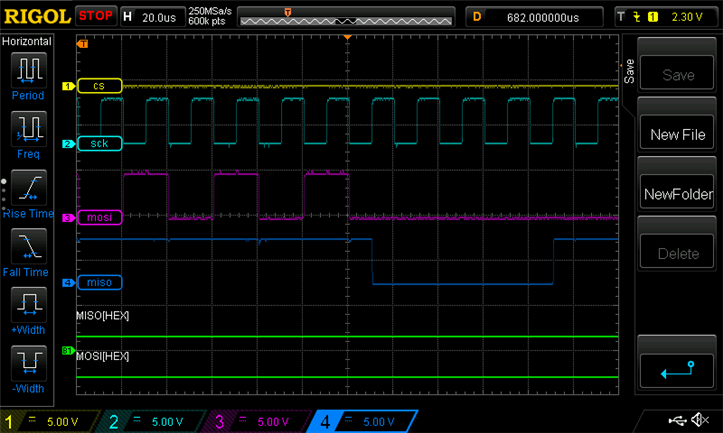 I must be doing something wrong somewhere!  Would anyone be able to put me on the right track to get that sorted out.