We are designing an RF Board with ADRV9002. For powering the ADRV9002 , ADP5056 is used. Our design is exactly same as ADRV9002 EVK. The only difference is 5V input. Herewith i have attached the switch node waveform for Out1. The switch node waveform is not looks like proper PWM wave, is this a correct behavior? We have configured the converter in FPWM Mode. 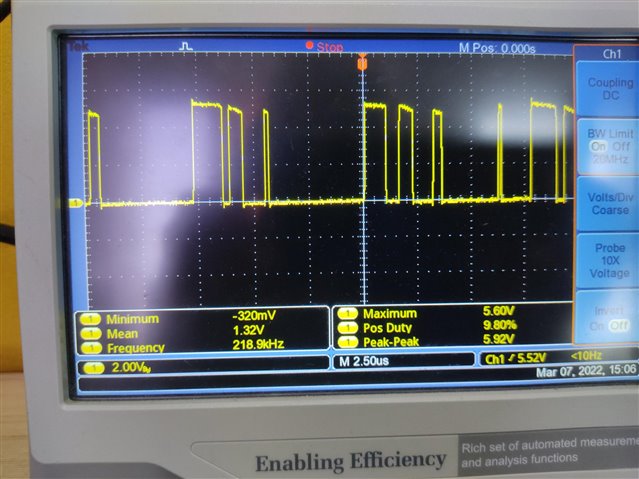