I am evaluating the performance of the ADN8834 using the EVAL-ADN8834 kit with the ADN8834CB-EVALZ daughter board. I have been referencing the UG-858 document whilst doing the evaluation. My DUT is a TOSA (transmitter optical sub-assembly), which is essentially a laser diode (LD) which is sitting on a TEC inside of a metal can. I have the DUT inside a closed-loop temperature controlled environment, so I can control the temperature of the can, Tcase. For my application, I wish to maintain the temperature of the LD, Tld, to 45C. The ADN8834 is outside of this closed loop temperature controlled environment, so it is sitting at room temperature.

I am using an analogue PID loop, which I initially used the eval-kit base-board to determine PID values, but now I am using fixed resistor/cap values on the daughter-board itself. I have removed the relevant 0R resistors which connect specific nodes to the base board, so there should be no duplication/interference between the two boards.

I am setting a fixed TEMPSET voltage using a source on IN2P, which is equivalent to 45C. Initially the ADN8834 is powered UP, but the EN/SY pin is LOW. I am monitoring TEMPOUT (OUT1), OUT2, as well as the EN/SY pin, the latter of which I am triggering my scope with. I am looking at the TEMPOUT signal to determine settling time after EN/SY is asserted. I measure this response at -5C, 25C and 80C, which is the Tcase temperature.

The issue I am having is that the ADN8834 is not going into cooling mode. The voltage at OUT2 is basically 0V. The supply current of the eval kit is around 11mA in this state. The device performs as expected when I need to heat the laser.

I have re-drawn out the schematics which matches my configuration, using the component designators as used in the UG-858 manual:

Here are some scope captures: 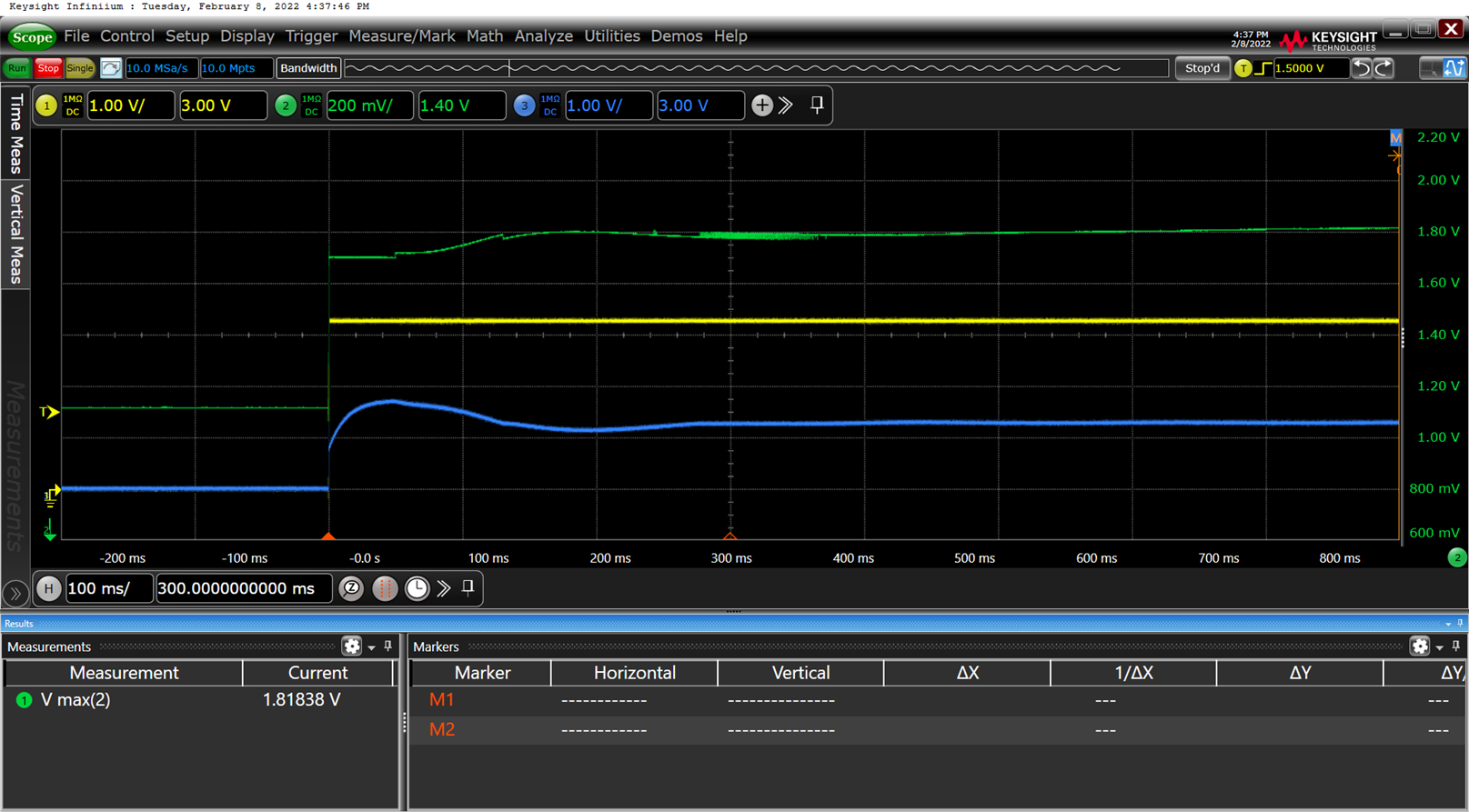 Cooling Mode - Not Functioning as Expected 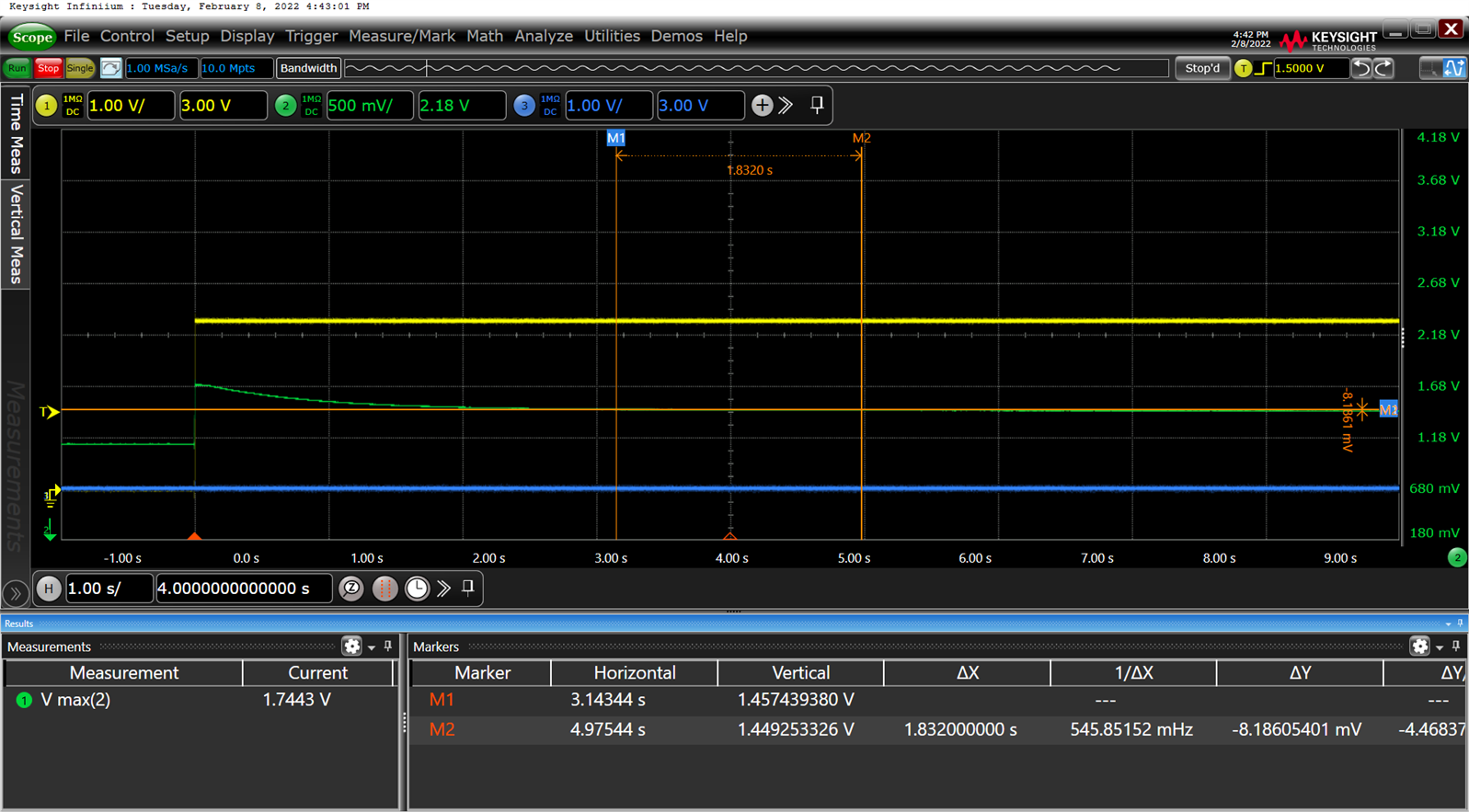 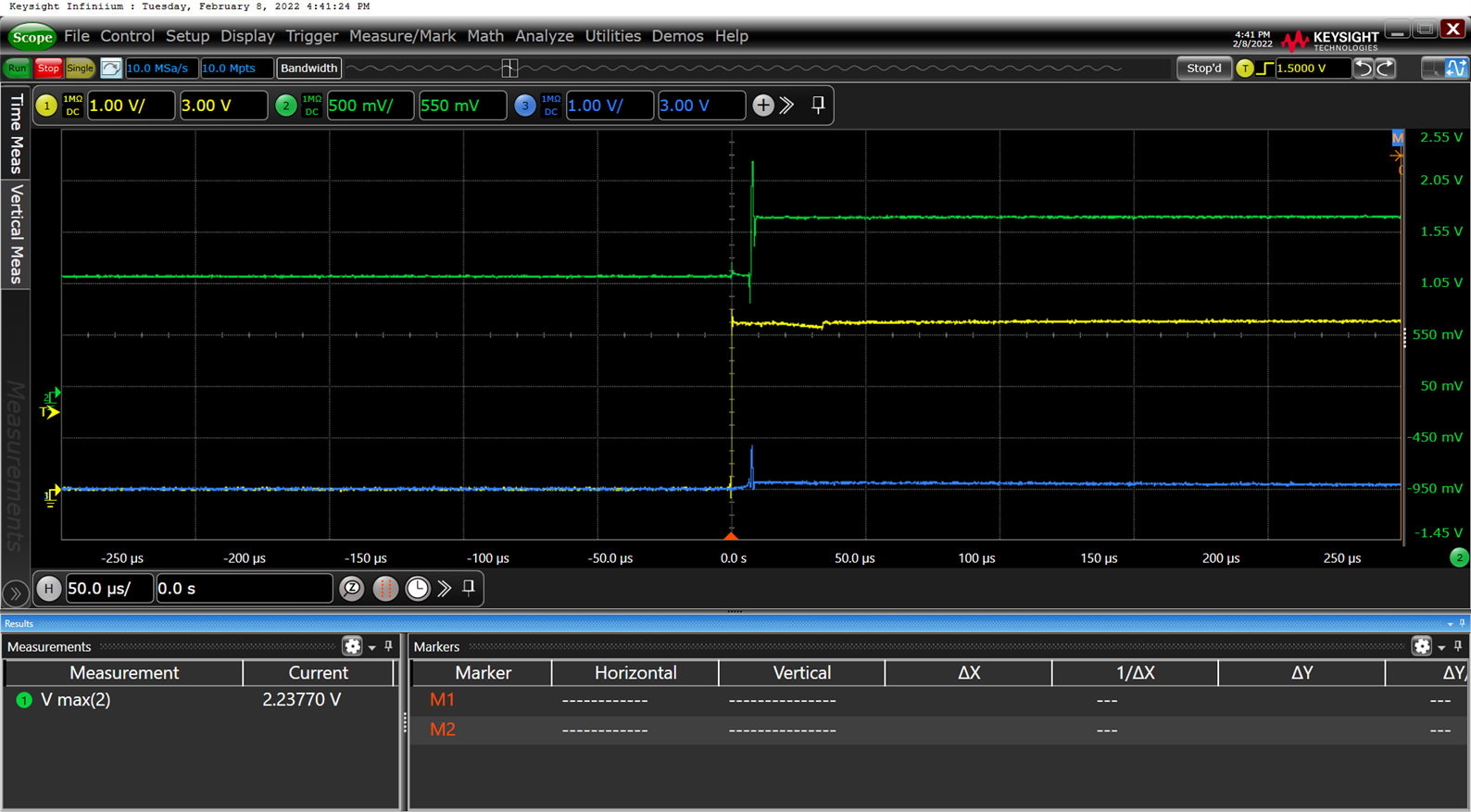 As you can see, when EN asserts HIGH, OUT2 has a small glitch, but for the most parts remains at 0V. TEMPOUT settles at around 1.45V, which would equate to ~30.5C.

I have measured VITEC and VVTEC in this state, and used for following formulae to convert to ITEC and VTEC:

Both VTEC and ITEC values are far from the limits set by VLIM and ILIM.

Any ideas to what is going on in cooling mode?