Below article is from ADI which I get from here: www.analog.com/.../ltc4013.html (AN-171) on reverse protection battery.
Here is my question regarding reverse protection for the battery:
Q: I do not understand in some parts of the circuit below about the capacitor C1 providing an ultra fast charge pump to drive the gate of MN1 Mosfet down during reverse battery attach. Could you explain further how the C1 works in this circuit? 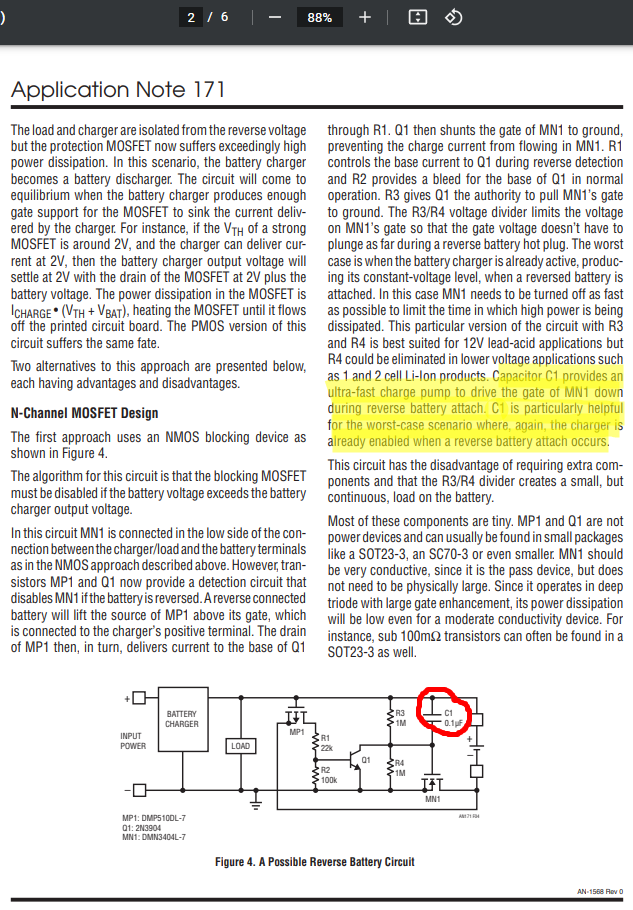