I'm using the LTC4368 for over current protection on a radio power supply.  The over current seems to be triggering during boot up and I'm not sure why.  I'm using a 7mOhm (1206) sense resistor for a 7A current limit.  The current readings I'm taking do not exceed 4A.  In the attached scope shot the yellow trace is taken at TP2 in the schematic and the blue trace is the retry pin.  I'm powering the circuit using a power analyzer at TP1, yellow trace is the input current.  The scope is triggered when the circuit is powered on.  The OC is tripped for two retry cycles and then allows the circuit to turn on.  Any thoughts as to what might be causing this? 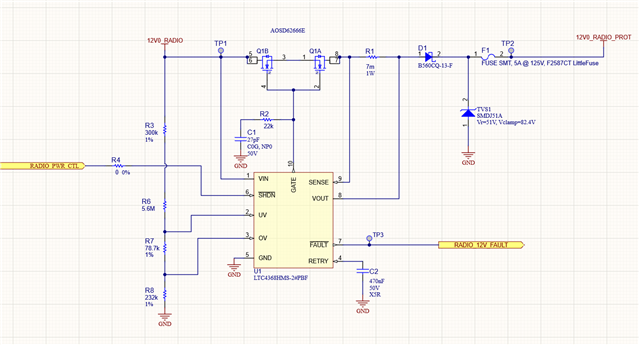 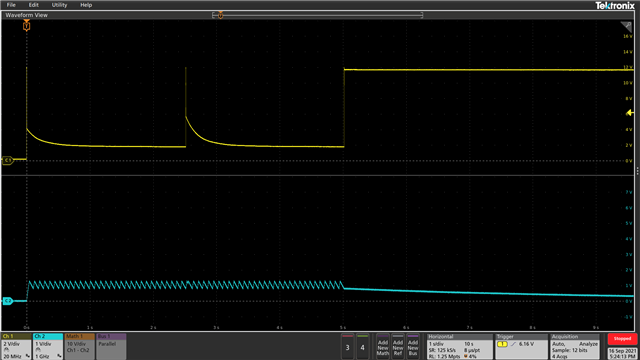 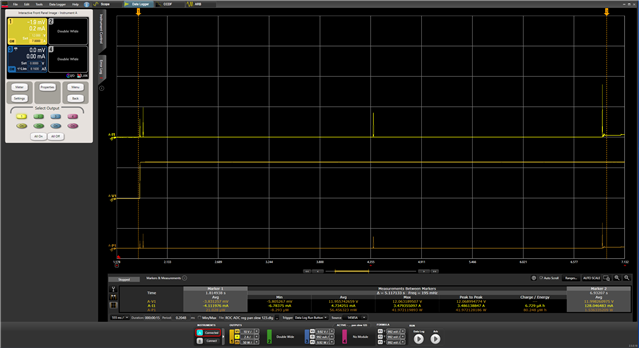