My customer will use LTM4653 and LTM4630A and before applying these devices, they want to confirm simulation results from LTSPICE.

But they say that the simulation time of their design  takes  long time,  so they want to use  a Loop Compensation Design (DCDC modeling) for reducing simulation time. 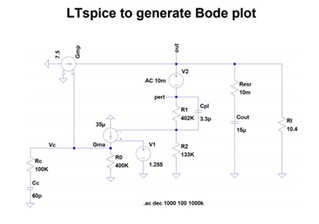 In case of LTM4630A, when they use this modeling design, they got a similar results with stability value of Loop Comp. tap in LTPower Cad.

But in case of LTM4653, they have some problems to do the modelling desing and they can;t get right vlues.

Q) Would you confirm attached modeling file of LTM4653 and let me know your opinions?

For your reference, I also attached LTM4630A  modelling files.