However, I've run into an issue where the LT3094 is not behaving as expected when supplied with input voltages below -15V. 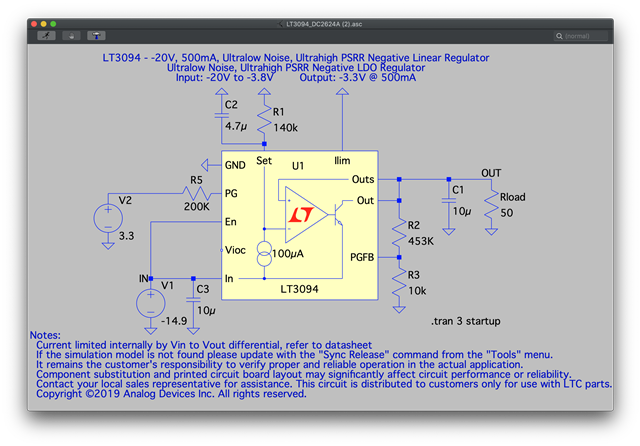 This works as expected: 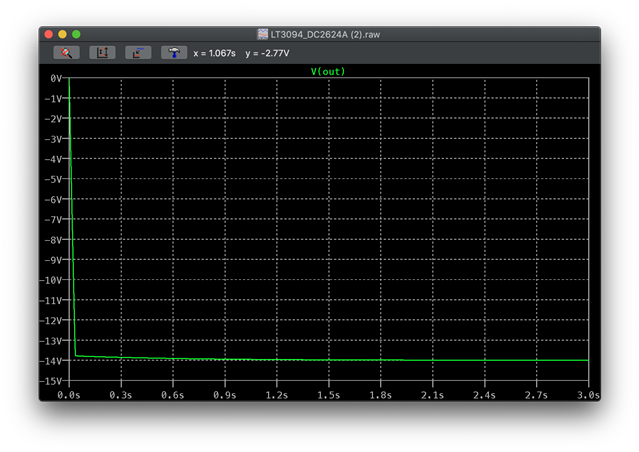 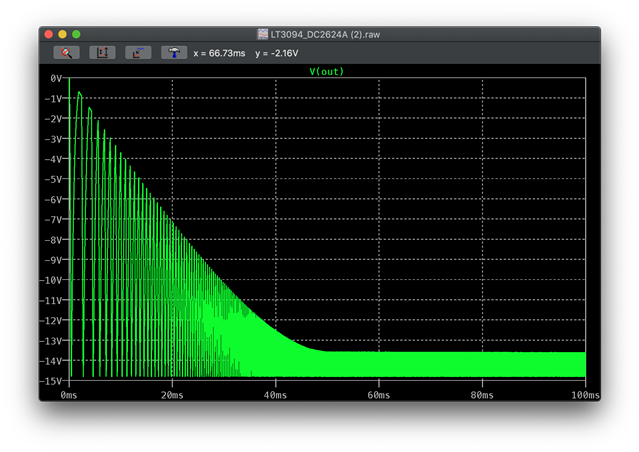 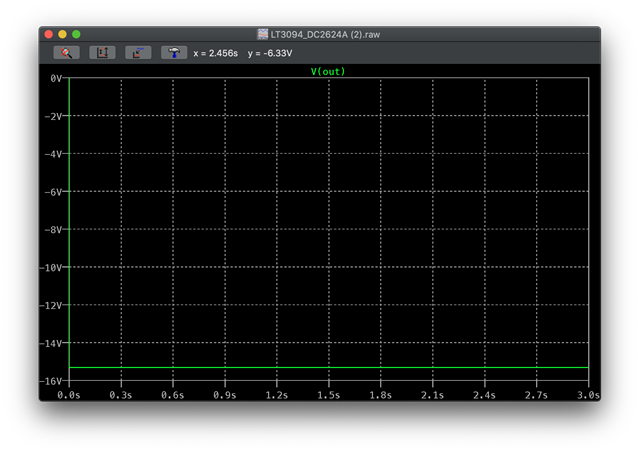 Now the real funny thing is: if I replace the LT3094 with an LT3093, the circuit behaves as expected again: 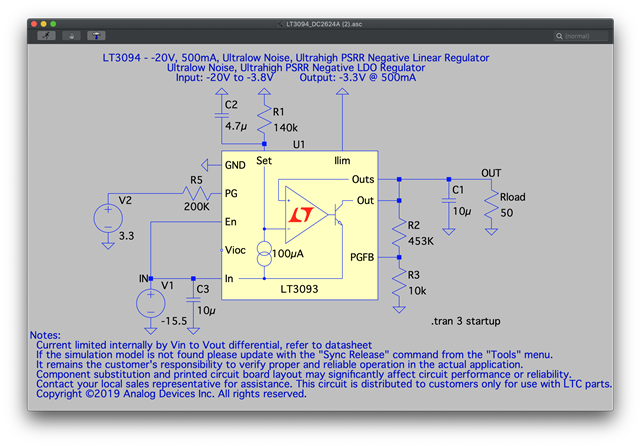 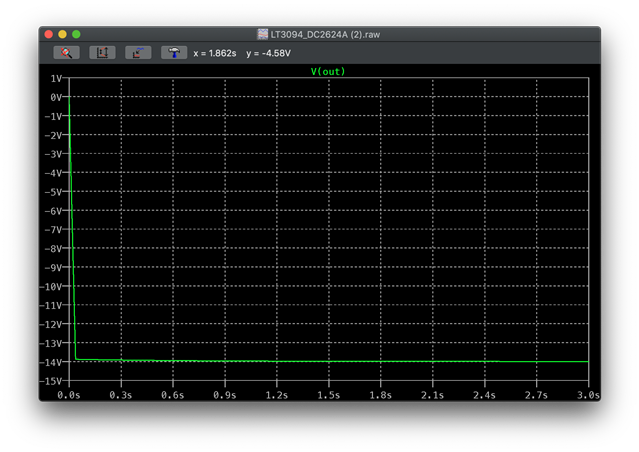 This looks to me like a bug in the LT3094 model (I've a a handful of LT3094's on my bench and can confirm that they do indeed work with input voltages of -19V).

Unfortunately, there are a couple of differences between the LT3093 and LT3094, and I need around 400mA in my power supply. So while I can certainly do some simulations with the LT3093, I'd much prefer to use the LT3094 model.