Just one simple Q about LT3476 VREF pin, can i connect it to a digital potentiometer directly for dimming tuning instead of resistor string? Thank you so much. 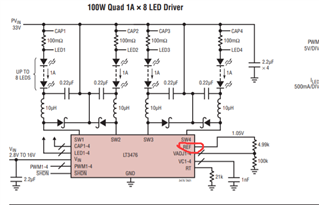