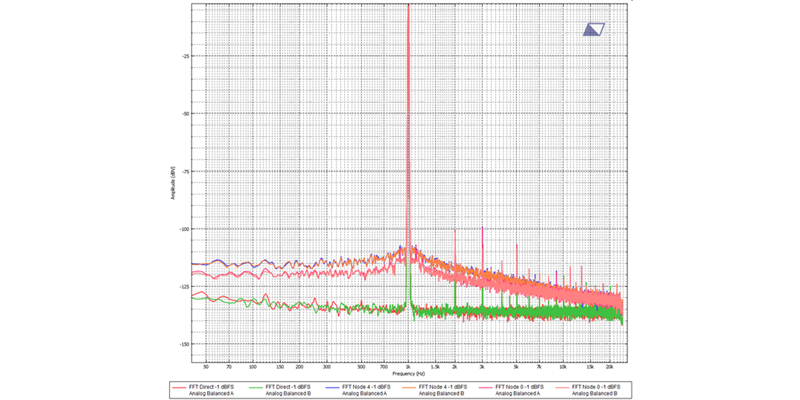 Clockworks has released a new TechNote that looks at the audio related effects of the AD2428's clock jitter. Previously the details of that jitter were examined and some effects were seen on a lower performance ADC and DAC system.  In this new TechNote009, a look is taken at a DAC with nominal performance of 109dB THD+N and how that is reduced by I2S jitter.

Different ADCs and DACs will perform differently and when designing a high performance system the effects of the I2S clock must be taken in to account with tests with the planned hardware. The complexities of the jitter and converter interaction - particularly when the converter details are a black box -  are difficult to model correctly.  TN009 can serve as a guide to making your own hardware measurements.