What is the influence of accelerometer bandwidth on the accuracy of shock measurements?

Shock can be characterized by its peak amplitude and pulse width. The profile or time history of an impact shock caused by collision is influenced by the contacting surfaces. Harder surfaces tend to generate sharper pulses. For example, Figure 1 shows shock pulses generated by dropping a steel fixture onto different surfaces and the corresponding frequency spectrum in Figure 2 illustrates the larger frequency content of the metal-on-metal collision. 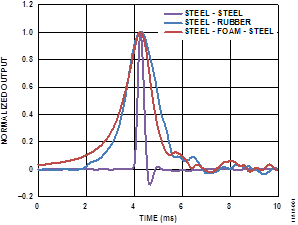 Figure 1. Effect of Impact Interface on the Sharpness of a Shock Pulse. 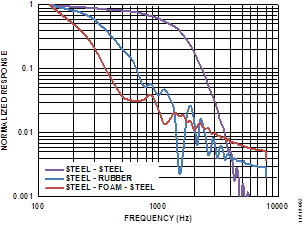 So a wider bandwidth sensor will be able to more accurately capture a broader range of impact or collision profiles. This is illustrated in Figure 3 where the same shock pulse has been captured using 3 different output data rate settings of the ADXL375. The -3dB bandwidth of the ADXL375 is ½ the output data rate which is a minimum requirement according to Nyquist's sampling theory to prevent the effects of aliasing.