From this specification, I understand that the maximum number of bus connections is up to 7 units when using two 120Ω terminations.
Is it correct?

Calculation process that I thought was a 7-unit load:

If my understanding above is correct
Datasheet 1P says that up to 32 nodes can be connected, but is this the case without a terminating resistor? 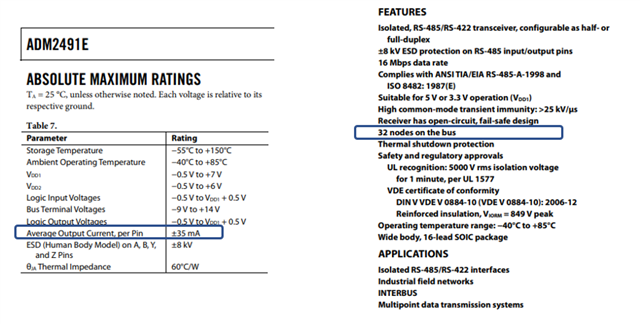