We bought some ADUM1250s from a supplier on Ali Express because these parts are critical to our products but seem to be out of stock at all reputable suppliers. While cleaning one of the chips using isopropanol we noticed all of the writing came off. We have other ADUM1250s that were assembled onto boards from JLC, and other ADUM1250s that we bought from Digikey, and on none of the ADUM1250s from reputable suppliers did the writing come off when washed with isopropanol.

Could you advise as to if the chips we bought were fake? 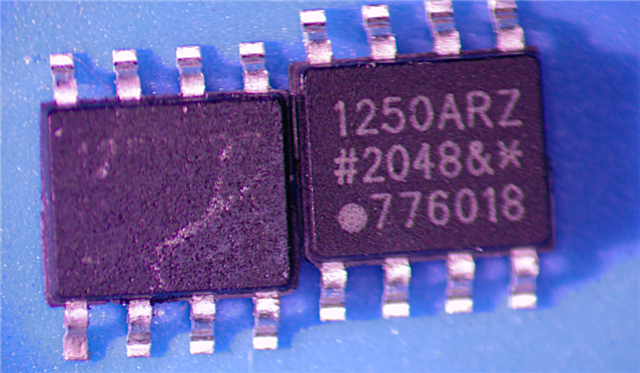