To whom it may concern, 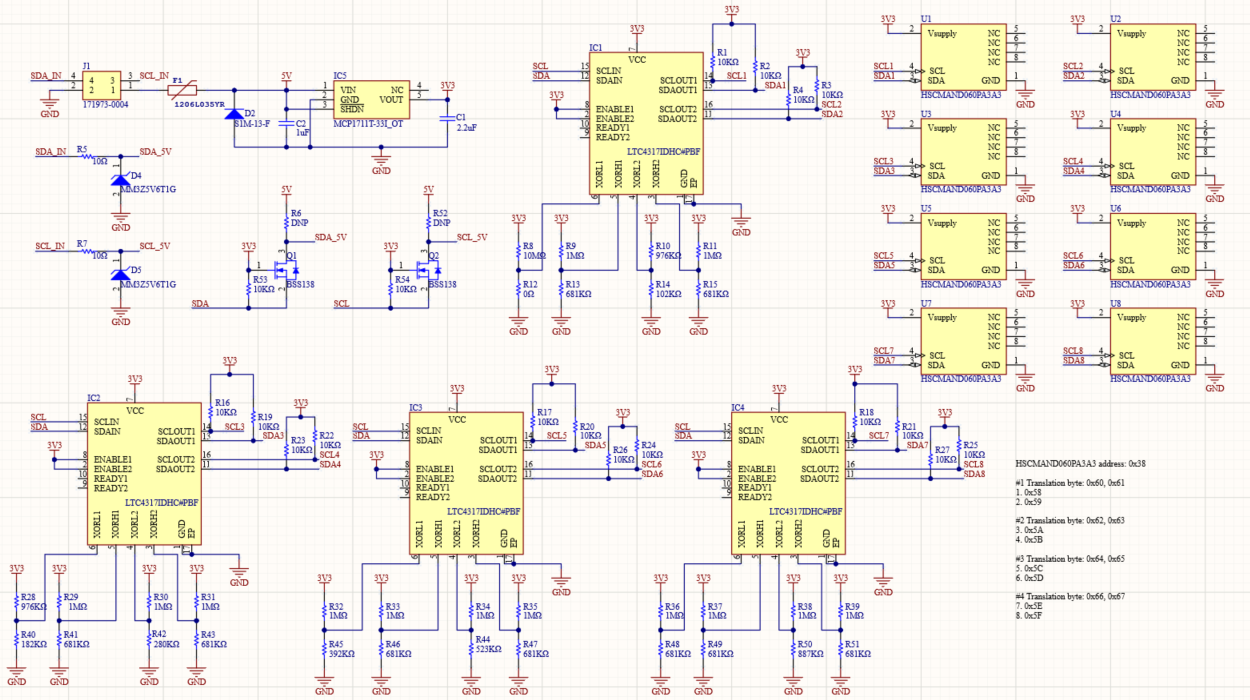 When I communicate directly to the sensors by bypassing the LTC4317 (I lifted up the legs up of Honeywell sensor and attach SDA and SCL from MCU eval board directly to device.  These I2C com lines are also connected to the input connector J1 as well) I get the following waveform with the sensor acknowledging it's device address:

When communications go through the I2C address translator I get the following:

I think the issue is that the pressure sensor is reading that first data pulse (that scope isn't including in the address) and thinking the address is 0x78.

I tried communicating with another I2C device which was an RTC with I2C address 0x68 through the same circuit and didn't have issues.  (attach RTC I2C lines in parallel with a honeywell sensor): 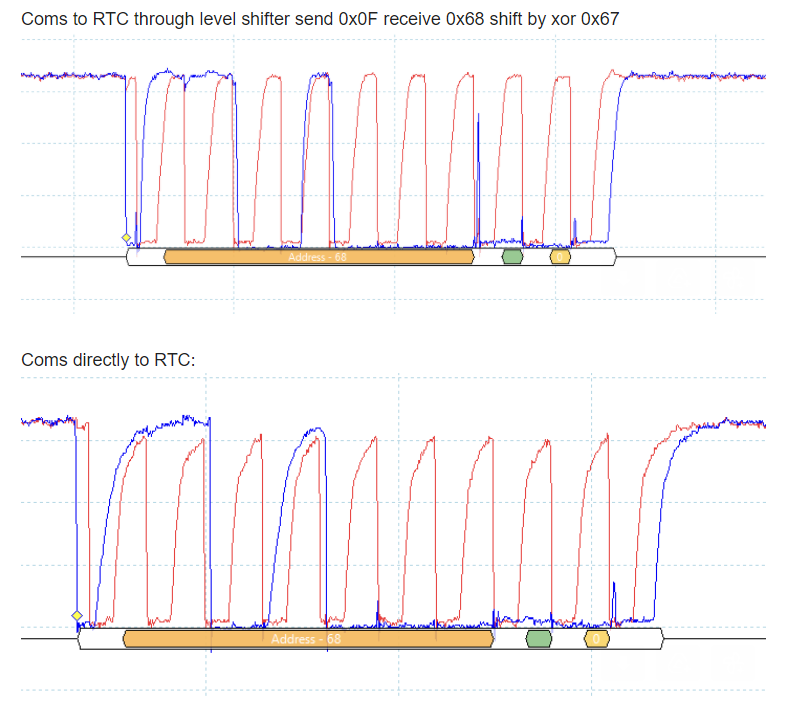 Do you have any suggestions?  We would like to use this part instead of transitioning to an I2C multiplexer type device.