I am working on a project in which we need to drive a 3-phase PMSM. The frequency of the application is 8.138 kHz and the bus voltage is 270Vdc.  My colleagues used three Adum5230s to drive the six IGBTs in the inverter. The first prototype had worked quite well, however in the final revision of the board (in witch the section relative to the inverter is unchanged repect to the first prototype) we have problems with some Adum5230s breaking, i.e. after some motor movements we continuously have some Adum5230s breaking (especially on the high side) and sometimes we also find some IGBTs in short circuit. In the images below the schematic of the inverter section. The IGBTs used are the FGA30T65SHD. We don't exploit the isolation of the ADuM5230 because there is already a digital isolator between the logic circuits and the motor driver stage, so Vdd1 and Vddb are both referred to the GND of the Vbus(270V). Moreover there is no resistors between the output of the ADuM5230s and the gates of the IGBTs and the pin Vadj is left floating. 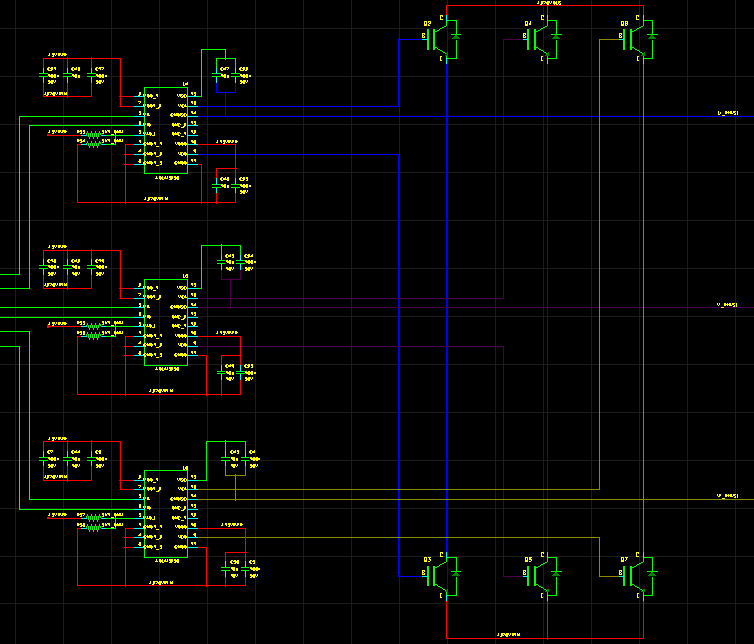 Can the absence of gate resistors lead to the failures described above although the first prototype has worked good?