I'm not able to understand how to use Vi+ and Vi- pins of the driver. 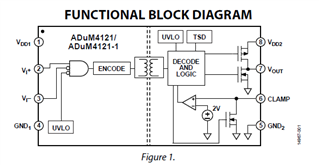 GaN Systems has a half bridge eval board based on ADUM4121A. They have following connections- 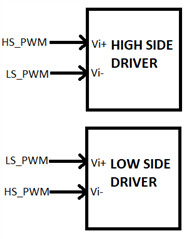 Is it necessary to provide a complementary input to each driver? Can I just provide Vi+ signal and leave Vi- floating? i.e connect HS_PWM-> Vi+(HS Driver) , LS_PWM->Vi+(LS Driver)  and leave Vi- of both drivers NC