So, I have a question. Please help me.

I am considering dual gate drivers.

An important parameter for selection is “High-side to low-side differential voltage”.

In the same category products ADuM7234 and ADuM4223,
It is described in the data sheet. 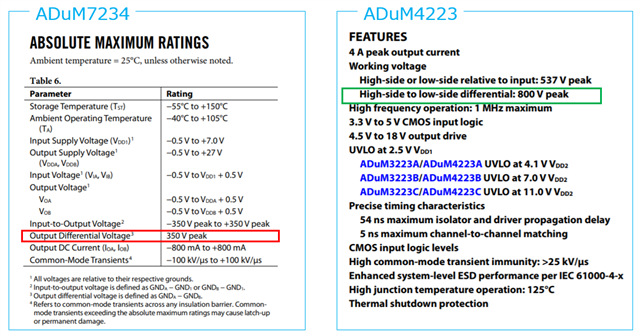 The above specifications were not written in the data sheet in ADuM4122, so please tell me.