How to Use EngineerZone
Help Articles ADI: Words Matter
In this Article

Words Matter at Analog Devices. What has been viewed as acceptable terminology in the past is no longer acceptable and does not reflect inclusivity. ADI is proactively examining the documentation for the use of insensitive or offensive legacy terminology across all of our digital platforms. We are striving to update all content with terminology and language that is culturally appropriate.

As a part of the Words Matter initiative, we are encouraging EngineerZone members to choose an alternate word(s) for terms deemed insensitive or offensive. ADI has identified the following harmful legacy terms/words and has provided an alternative term. Before you post on EZ please consider using one of the alternative terms referenced below. 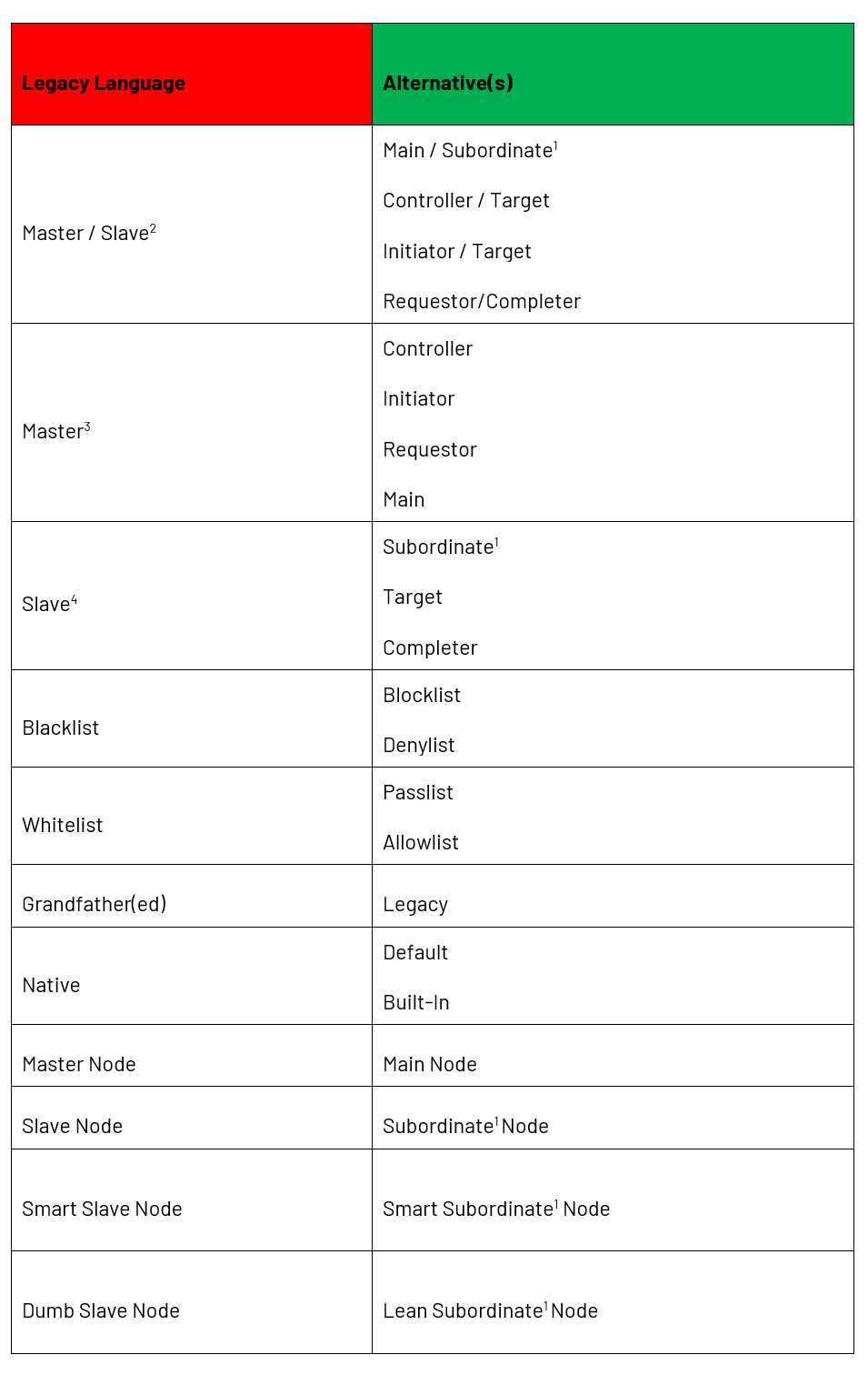 1: The term subordinate may also be abbreviated as "sub" in instances where subordinate does not fit, such as in diagrams and on PCB labeling.

2: These alternative examples refer to instances where both terms are used together in the same context. For example, when used to describe the SPI protocol.

4: These alternatives refer to instances where the term "slave" is used on its own. For example, "DMA Slave" would become "DMA Target."