I happen to have  FMCDAQ2-EBZ & ZCU102 board, So for a simple experiment, the environment was constructed as attached to the link below 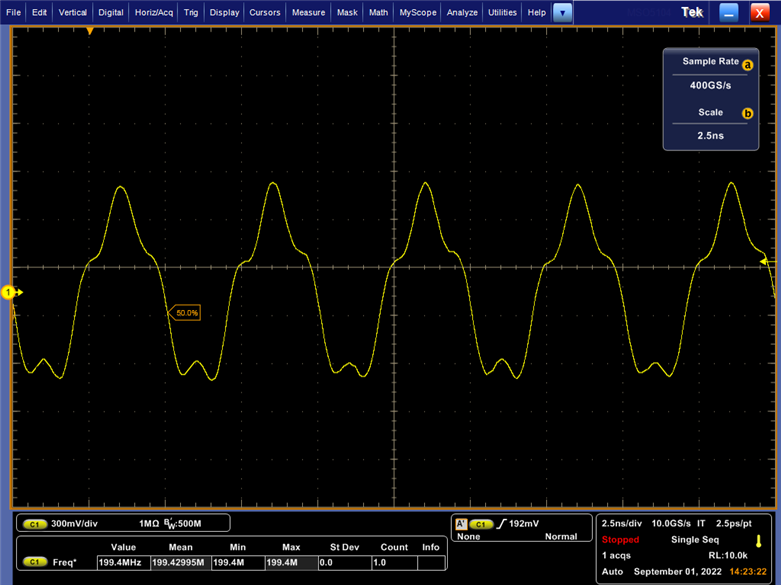 In addition, it produced a signal output of 200 MHz, and as shown in the figure above, an incomplete sine wave was output due to insufficient sampling.

When I checked the setting, the sampling frequency was set to 1GHz, so I tried to change to 2.8G sampling rate, which is the maximum frequency of AD9144, but it didn't work out.

Then I found the wiki as below,

According to Wiki, the FMCDAQ2 system uses the AD9523-1 PLL2 (3GHz) divided by a value between 3 and 5, so the maximum master frequency is 1 GHz, and the DAC is described as having a maximum frequency of 1 GHz.

Can't I have DAC with 2.8 GHz Sampling in this system?