I am trying to complete the setup of the Communications Support Package for Zynq-based radio. My PC is a Optiplex 3020 running Windows 10 Pro, and my version of MATLAB is R2022a. I am using a ZC706 + FMCOMMS4 for the radio hardware and SanDisk Extreme PRO (128 GB) for the SD card. The RXA and TXA channels on the transceiver are connected via 6 dBi SMA male antennas. The IP address of my host network connection is 192.168.3.3 and the IP address of the Zynq board is the default option. The Ethernet cable connecting my PC to the board is the Cat 5e version. The jumper and switch settings are configured as described in the MATLAB manual (I also attached a photo of the settings). My network connection is also configured as described in the manual. The board connects to the Ethernet port on the back of my PC, and the PC receives Internet through a USB Wifi adapter. All the equipment I am using is new. I have not tried uploading anything else to the ZC706, and I have not tried using the AD-FMC-SDCARD that comes with the transceiver.

After plugging in the SD card, transceiver, Cat 5e cable, and turning on power, the ZC706 lights up and the fan begins spinning. The notification lights near the power switch; however, do not light up as indicated (i.e. the DONE led never turns on). I have waited minutes during each power cycle/trial and nothing ever changes. When I press the PS-POR button, the INIT led simply turns red and then nothing else occurs.

I have tried both the guided and manual setup procedures that MathWorks provides. I have tried a different Ethernet cable. I have tried a different SD card. I have tried a RF loopback cable instead of antennas. I have taken the transceiver out of the FMC connector and put it back in with the screws + standoffs. I have added rules to the Windows firewall to make sure that it was not blocking the IP address nor the matlab.exe file in the bin directory. None of these changes have solved the problem. I have also pinged the Zynq board in the Windows console, and the response is: "Reply from 192.168.3.3: Destination host unreachable." and then three instances of "Request timed out." (I attached a photo of the terminal output). I also tried the netstat -a command while the system was booting and the response for TCP 192.168.3.3:139 was "LISTENING".

I have a suspicion that the problem is either a defect with the ADI or Xilinx board or an issue with the MathWorks Linux image and files placed on the SD card. If you know another method for booting the system, that might help. Thanks for your time. 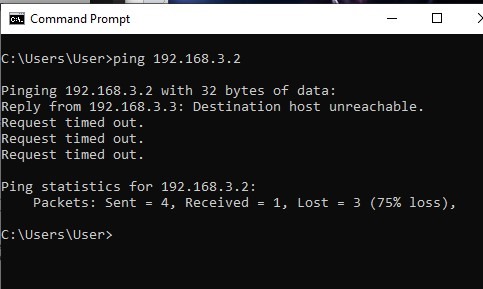 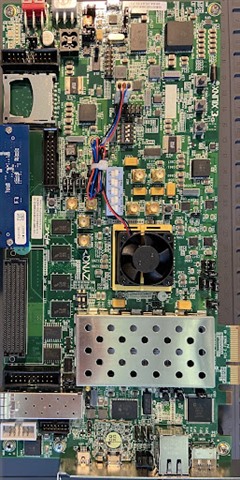