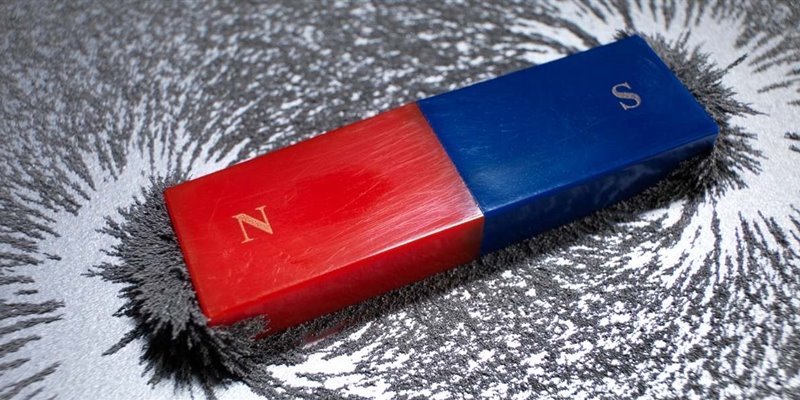 I heard something the other day which stuck with me. Things have never changed this fast before and they will never change this slowly again. Even for the conservative world of machine safety new technology is arriving all the time. Some of this technology is big picture stuff like the use of AI in safety systems. Others such as the use of 3D ToF cameras offer new capabilities that couldn’t be achieved with their older equivalents such as laser scanners e.g. over-hang and cliff edge detection.

My topic today in my SafetyMatters series of blogs is a new family of integrated circuits which measure angles and rotation using the magnetoresistance principles. The magnetoresistance principles offer smaller, cheaper, higher performance upgrades for the encoders typically found today in machines and robots. The newer sensors can even track rotation with no power applied so that when the power is turned on you don’t have to implement a homing procedure before starting again. Tracking rotation without power seems impossible but read on for details. Of course, incremental encoders can do this using reduction gears, but mechanical components add a lot of size, weight and unreliability compared to an integrated solution.

First let’s talk about the various physics principles used in these sensors:

The GMR principle was only discovered in 1998 and the inventors received a Nobel prize in 2007 for this discovery. It seems impressive that this new principal is being used for measurement in everyday applications less than 25 years later. I won’t try to explain all three as I’m a functional safety guy rather than a magneto resistance expert, but AMR is relatively easy to explain. With AMR sensors, the resistance of a current carrying magnetizable conductor varies and it is dependent on the angle between an applied magnetic field (for instance, from a magnet on the end of a rotor shaft) and the direction in which the current flows. At 0 degrees and 180 degrees the resistance is at a maximum and at 90 degrees and 270 degrees the resistance is at a minimum. The change in resistance is of the order of 3%.

You can research TMR and GMR on your own but at least you now know how one of the three work.

Note – I’m aware of CMR (colossal magneto resistance) but as far I know ADI doesn't use it.

A simple sensor based on the AMR principle is depicted in the figure below. It actually consists of two die in one package (16 lead SOIC) – a sensor die, and an instrumentation amplifier die. Also, it is worth noting that the two AMR bridges are at 45 degree angles to one another.

The output of the sensor is two analog outputs which need to be digitizer by a pair of ADC. A suitable ADC from a functional safety point of view might be the AD7903 which is actually two die in the one package. From a functional safety point of view an analog output is attractive especially given that there is no multiplexing in the signal path and so no opportunity to mix up the signals.

These sensors can measure absolute angle over a range of 180 degrees.

The ADA4571-2, with everything repeated twice including the outputs should help if trying to achieve HFT=1. The specified temperature range of up to 150’C means these sensors can be used where it is hottest.

The application note AN-2500 explains that the radius check often used as a diagnostic on traditional encoders is valid here too. With no multiplexing of the signals, it then seems implausible that any single error could cause the output to be wrong, the individual values to look ok and the radius check to pass.

Figure 3 - Extract from an application note on ADA4570 diagnostics

Given the relative simplicity of the implementation, the reliability of a single chip solution and the radius check, it is not obvious that these parts would need to be developed to a safety standard, for industrial uses at least. Instead, the note from IEC 61508-2:2010 7.4.6.1 seems applicable for preventing the introduction of systematic failure modes.

A typical end of shaft application on these parts is shown below. There is no contact between the IC and the end of shaft and in the demo board I have on my desk, the gap is around 1cm. 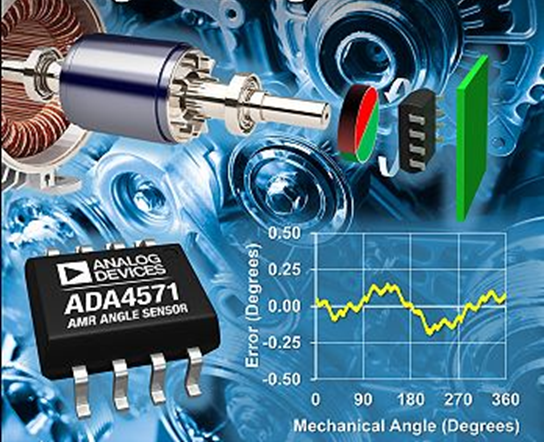 Figure 4 - A typical application of these sensors

Given my present series of blogs is on robots, I include a robot graphic below showing that in a typical robot several such sensors could be employed to give direct measurement of the angle for each joint. 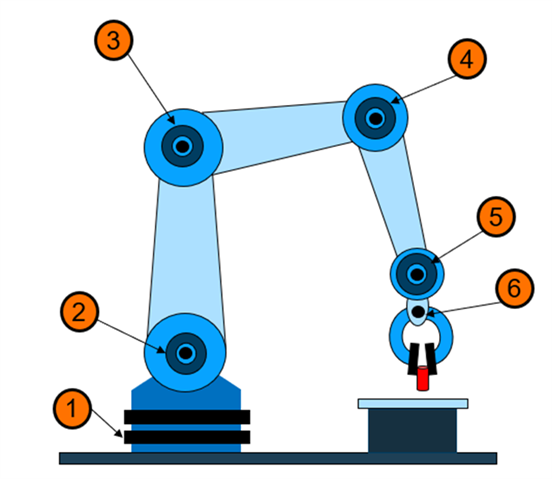 Note – I have used robots as an example but obviously these sensors are also relevant to variable speed drives according to IEC 61800-5-2 for implementing safety functions such as SLS, SLP etc.

I promised to talk about the multi-turn sensors these use a combination of the GMR and AMR principles.

At the core of the multi-turn sensor is a spiral of giant magnetoresistive (GMR) material made up of multiple nanowires of GMR elements. The operating principle of the sensor is based on shape anisotropy and the generation of domain walls in a domain wall generator in the presence of an external magnetic field. As the external magnetic field rotates, the domain walls propagate through the narrow spiral tracks (nanowires) attached to the domain wall generator, as shown below. This physical effect occurs whether the IC is powered or unpowered allowing them to track revolutions even with the power off. When power is eventually applied the location of the dipole can be measured.

Figure 6 - Principle of operation of the GMR sensors

The sensors can track up to +/-23 revolutions (+/-8330 degrees) with the power off.  For robot applications which use a high gear ratio to trade off speed vs torque this might not be sufficient but watch for future developments.

Effectively you now get 3 sensors in one package. 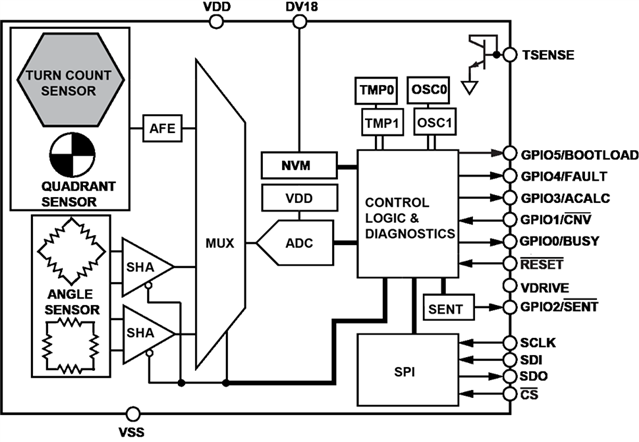 Obviously in addition to angle/position, these sensors can also determine speed. By measuring at every axis you can determine the speed of every part of a robot arm. In the robot safety standards if speed is not measured and limited by a safety function you must assume the worst-case speed. I blogged previously on SSM (speed and separation monitoring) safety functions but I haven’t blogged on axis limiting for which measuring all the axes would be very useful. 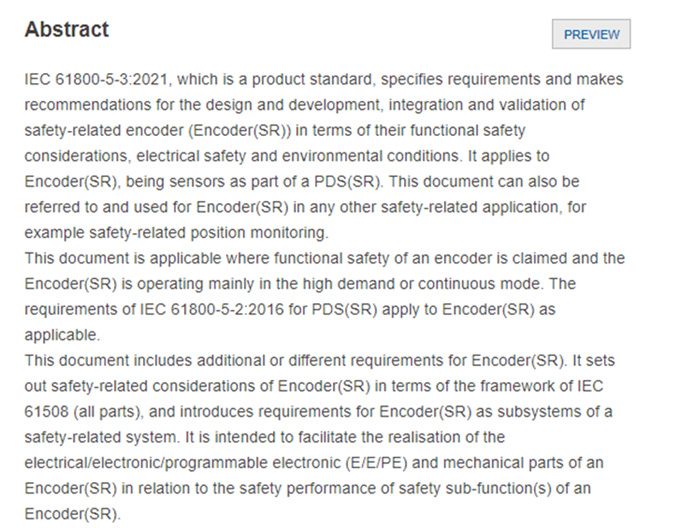 Currently the multi-turn sensors do not have a safety certification, but ASIL D solutions are being considered which would also be useful for applications up to SIL 3/PL e. Once revision 3 of ISO 10218 is published, the mandatory use of HFT=1 and CAT 3 architectures will end, and the high reliability of these non-contact sensors should allow the PFHd requirement for no HFT or CAT to be achieved.

If you wish to know more about this technology:

See here for a reference design using the ADA4571.

See a former relevant LinkedIn post by me here.

If you don’t have the money to buy a copy of IEC 61800-5-3 then much of its content is based on this report from the IFA in Germany.

There are now over 80 blogs in this functional safety series. See here for the full list on the ADI EngineerZone platform.