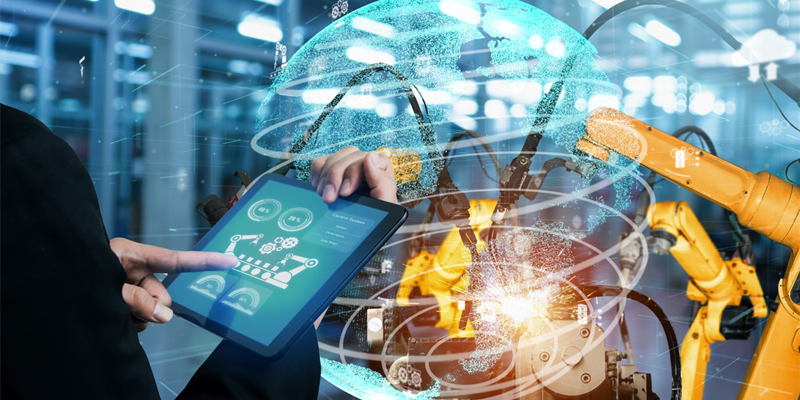 The Most Relevant Functional Safety Standards For Industrial Robots, Cobots and Mobots

I have long used the picture below to represent what I think are the most relevant safety standards for industrial robots and cobots (robots with features to suit collaborative applications such as applications based on PFL-power and force limiting). 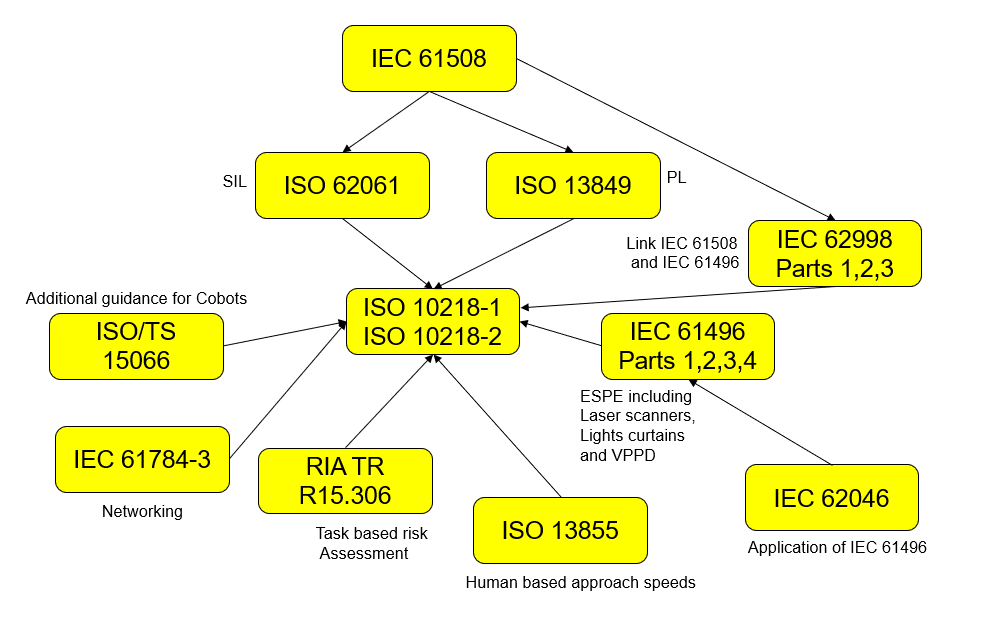 Many of these standards would also be relevant for mobots (mobile robots), and the figure could be resused for mobots if instead of ISO 10218-1 you put ISO 3691-4 and ANSI R15.08 in the middle along with ISO 10218. Depending on what you intend to emphasise perhaps you would reconfigure the mobile robot figure more like the one below.

However, neither graphic still shows all the relevant standards. This is true even if we ignore Agri-robots, human assistance robots, medical robots, and anything that is more likely to be found in a restaurant than on the factory floor. Attached are some of the others that come to mind and why.

IEC 62443 – For cyber security of robots. I note the recently circulated IEC 62443-1-5 which discusses profiles so perhaps we could have a robot profile.  There are several more industrial cyber security standards I could have included but many of them eventually point back to IEC 62443, so I restrained myself.

IEC 61800-5-2 – For the variable speed drives that might be used in your robot even if all references, perhaps not all, have been removed from the proposed revision 3 of ISO 10218.

IEC 60204 – For the stopping categories if nothing else. Also includes requirements related to cableless controls.

ISO 12100 – Which is the basic safety standard for machinery

The machinery directive – If you wish to sell your robots in Europe, although a robot is normally only considered a partially completed machine

You could even include things like GDPR (general data privacy regulation) from the EU if someone proposes a safety system that can recognize and react to different operators, especially given that consent is not an acceptable legal basis in the employer-employee relationship. I must do a future blog on GDPR and functional safety.

I didn’t include the various other regional standards such as those from Canada or the various EMI standards. It's hard to know where exactly to draw the line. Either way for people who like standards it is a lovely area to be involved with. As someone once said, the nice thing about standards is you have so many to choose from!

If you think I have missed a standard that should be included on the list, please submit a comment.

Given the complexity of the area, it is not a surprise to find that many start-ups in particular ignore safety or at least put it on the back burner while they try to grab market share to survive. Two interesting comments from podcasts include

Talking of podcasts - The ADI 3D TOF solution gets positive mentions in the July 2nd episode of the robotics report at time 1:14.

For the full set of over 80 blogs in this series see here.

But of particular relevance to this discussion is this one.