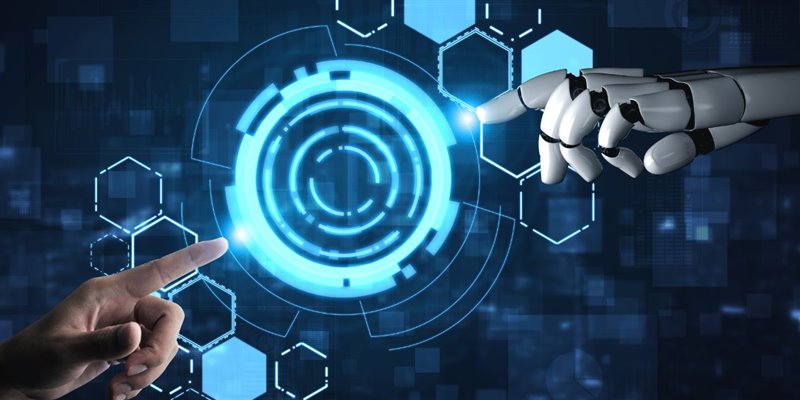 In machine safety there are two sets of standards for human presence detection. The older IEC 61496 series, which I covered last month, see here, and the newer IEC 62998 series. Both series are being worked on by standards committees in 2022. Both series are developed by IEC TC 44. These standards are designed to augment general purpose functional safety standards such as IEC 61508, ISO 13849 and IEC 62061 with extra information related to the specific sensing function and the impact of environmental conditions on that sensing. If these standards did not exist, it would be very difficult for everyone to agree what were the requirements for such products. With the standards there are a minimum set of requirements that all sensors must achieve to claim compliance with the standards. It's much easier to say – complies with IEC 61496 – that to write out 100 different requirements.

IEC 61496 offers good guidance for several sensor types but what  if you want to develop a sensor that is outside the scope of IEC 61496, for instance

The IEC 62998 series offers such a path. The standard comes in three parts:

Note – a TS (technical specification) is similar to a full standard but requires only 66% majority voting as opposed to 75% for a full standard and is often used for new technology where full consensus may be difficult to achieve. A TR (technical report) is never normative and is used to give example data, test approaches, case studies etc. but without any requirements.

You might want to use IEC 62998 for other reasons

Given Analog Devices announcement on 3D TOF both of IEC 61496 and IEC 62998 are relevant to me at the moment.

So, let’s get into some details.

As an example of why the typical functional safety standards are not sufficient – they give no guidance on test objects to use and their coefficients of diffuse reflection if using 3D TOF.

Reading the above makes me wonder how automotive manages with just ISO 26262 for guidance? After all, automotive also has requirements for object detection. Perhaps this is part of the reason that automotive needs SOTIF.

The standard offers a table to show which SRS/SRSS is suitable for use in safety functions according to the most relevant machine safety standards.

Reading the above chart, you see that if you need a PL d level of risk reduction you need an SRS with performance class D.

This performance class then comes with various requirements including

Other requirements such as a tolerance zone width of 5 sigma, where sigma, represents the measurement noise are common to all SRS/SRSS performance classes.

Sensor fusion is also covered within IEC 62998, with sensor fusion defined as “the act or process of combining or associating data or information regarding one or more entities considered in an explicit or implicit knowledge framework to improve one’s capability (or provide a new capability) for detection, identification, or characterisation of that entity”. An example given in the sensor is the combination of Radar and Lidar sensors. When sensor fusion is used then table 5 shows it is possible to increase the SRRS performance class by one level. The idea is similar to synthesis of elements from IEC 61508-2:2010.

Interestingly it contains information on heights and other aspects of children implying that IEC 62998 can be used in non-industrial environments.

There are several aspects of IEC 62998 I still don’t fully understand and why it requires delivery of confidence information is one of them. Does this mean that the IEC 61496 series is wrong not to give such information? It also implies that the output of a sensor according to IEC 62998 is not simply an OSSD (output signal switching device which can only signal on or off). 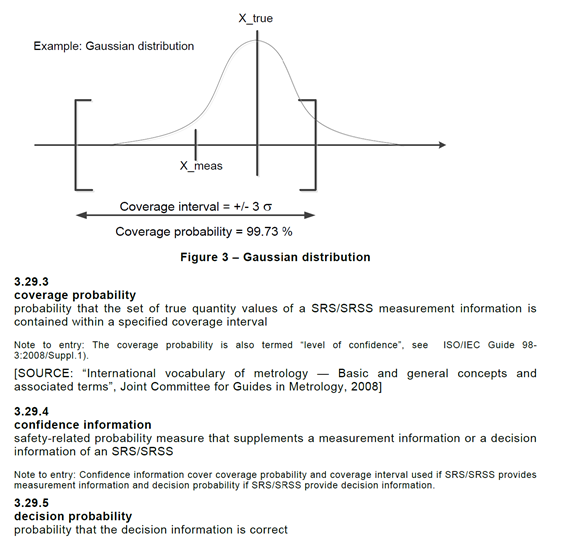 IEC 62998-1 has no requirement for HFT=1 or CAT 3 if developing a SIL 2 or PL d safety function. This is useful for sensors based on complex electronics which have high reliability and can achieve high diagnostic coverage figures with a low diagnostic test interval. For some sensor types redundancy may be required due to using lower reliability mechanical components or having poor diagnostic coverage but for other technologies which can higher reliability electronic components with no mechanical parts being able to avoid redundancy will keep the cost down.

While IEC 62998 is new its acceptance is growing and below is one such example from the new industrial mobile robot standard.

Even if you do plan to use IEC 62998 as your development standard for 3D TOF you cannot completely ignore IEC 61496 as the type test requirements from that standard are still good if developing some such as a 3D TOF camera e.g., requirements for testing with black, white, and retroreflective test objects. It would be hard to justify not implementing these requirements even if not mentioned in IEC 62998.

For a complete front end for a CMOS 3D TOF implementation see here.