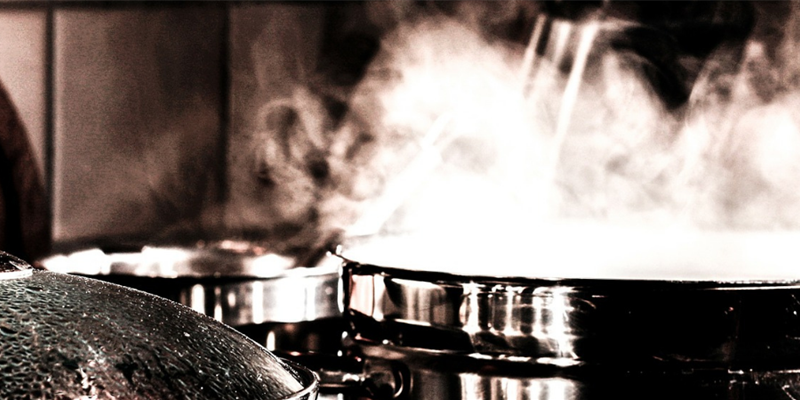 In the world of smoke alarms, the new Edition 8 of the Underwriters Laboratories (UL) 217 standard changes everything.

Spurred by concern among fire safety experts that the inadequacies of traditional smoke detectors were leading to preventable deaths, injuries, and damage to property, the industry has included in UL 217 much stricter specifications for smoke detectors. Many existing smoke alarms produce frequent false or ‘nuisance’ alarms, triggered by fumes from cooking. The new spec includes a completely new set of tests which require the smoke detector to distinguish between the smoke emitted by a sizzling hamburger and the particles from a real fire.

This means that manufacturers which build smoke detectors or which want to include smoke detection capability in products such as smart speakers, home hubs and smart thermostats need a new solution. In the CN0537, a complete smoke detection reference design system, Analog Devices believed it had that solution.

But how could it convince smoke manufacturers that it could enable them to succeed in UL 217 compliance tests? The engineers who developed the system had high confidence, but there was only one way to find out: to test the design in a dedicated smoke laboratory. Over and over again.

So the engineering team behind the CN0537 reference design took up residence at US smoke testing labs, implementing a three-stage process for product testing and validation. 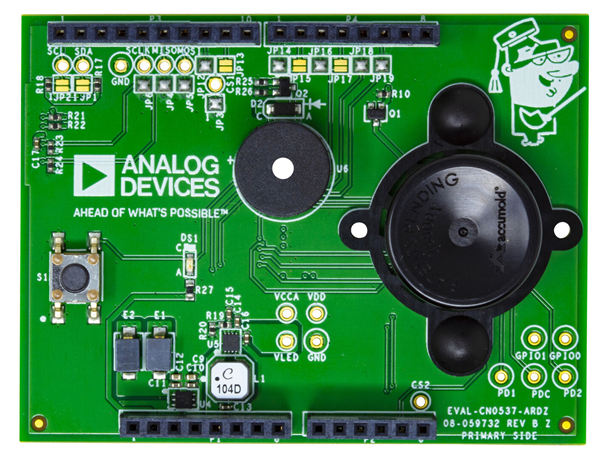 The CN0537 smoke alarm reference design, including ADI’s custom smoke detection chamber on the right-hand side of the board

The first stage was to characterize the smoke detection performance of the CN0537 system hardware, which is based on the ADPD188BI integrated optical sensor module, and an optimized smoke chamber designed by ADI. This characterization program was led by Brandon Bushey. More used to the clean and clinical environment of a circuit design lab, Brandon found smoke testing to be a whole new way of life. As he explains,

"I was working 12 hours a day at the smoke lab for a month, bombarding an array of ADPD188 modules with wave after wave of wood, plastic, paper and hamburger smoke. When I returned home, hands black and my clothes reeking of smoke, I found myself sitting at the kitchen table zeroing the test boards ready for the next day’s test run."

Brandon’s battery of tests produced a vast database of performance data, which then went to the second stage of the operation: algorithm development. Under the leadership of travisfcollins, the software development team wrote the algorithm which regulates the module’s operation for compliance with the UL 217 specifications. This comprehensive algorithm tested around 1,500 combinations of tuning parameters which meet the UL 217 standard’s requirements for obscuration levels and alarm time, within various levels of success margin depending on the smoke source.

The third stage sent Brandon back to the smoke lab, this time to test the complete reference design, both hardware and software, for compliance with UL 217.

Compliance testing passed without a hiccup, until the final – most difficult – test: a nuisance alarm test, in which the detector must avoid triggering an alarm in the presence of hamburger smoke, but immediately afterwards detect a real plastic fire.

The smoke lab’s software displayed a fail. Brandon was distraught. He says, "We knew the algorithms worked well, because we had run thousands of simulations across hundreds of test scenarios. But real life was giving us a different answer. I was up half the night trying to figure out what could have gone wrong."

When he returned to the lab the next day, the director of life safety engineering pulled him aside. It turned out that the lab’s reporting software had not been updated to display the output for the new UL test, since the new regulation was not yet in effect. Detailed examination of the raw test data showed that the CN0537 had passed by a considerable margin.

So the hard work of the hardware and software teams – and the smoke odor clinging to Brandon’s clothes – were worth it. CN0537 reference was tested and verified with every one of the UL 217 Ed. 8 specifications for smoke detection.

Manufacturers can now take advantage of a ready-made smoke alarm system to easily integrate into home or building automation products. It provides a valuable head start for smoke alarm manufacturers, who can use ADI’s unique database of smoke test characterization data to modify the built-in algorithms, or to develop their own from scratch. 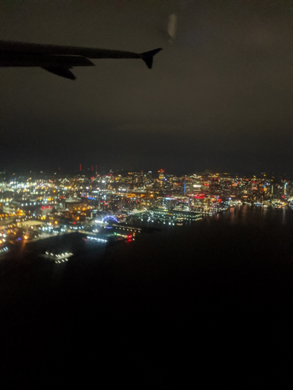 Last flight out of Chicago: Brandon leaves the smoke test lab for the final time after verifying CN0537’s compliance with UL 217

As for Brandon, Travis and colleagues, they are proud of their achievement in developing a successful system solution for a valuable and life-saving application. And as Brandon says, "I now really understand the pressure on product manufacturers’ engineers when they take designs through the test process, and the absolute joy they feel when the product passes."