We are using ADE7880 for a smart meter design and i have few question regarding the implementation and conversion to real world values. We are using rogowski coils for current and direct connection for voltage.

On the hardware side i checked another board based on ADE7880 and noticed a part differing from reference design, present on both current and voltage side, which i at first assumed was a BAV99S (quad diode in two serie) due to the laser marking KI, but after checking datasheet it doesnt seem to match with the pinout. Here are some pictures of the current and voltage circuits with the part in question, maked D2 and D3. I shown the underneath traces with red lines. Below is the schematic of what it would be give if it was a BAV99S and it doesnt seems to make much sense. So what could be this part and what would be it function? Is it a simple ovevoltage protection? which reference is advised? 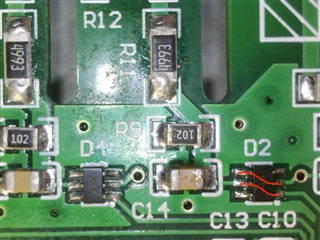 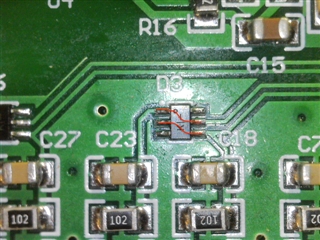 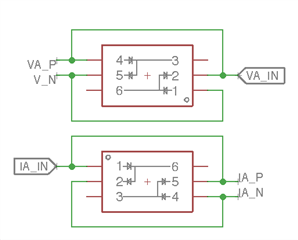 All omitted registers are at 0x00.

Any help will be much appreciated.