Running Sigma Studio 3.11 and working with the ADAU 1701 Development Board, I ran across this peculiarity yesterday. I haven't checked to see if it's a problem with other Sigma chips, but figure it's probably independent of the hardware.

If you set the Non Linear Processors / Hard Clip module for asymmetrical clipping, and dial-in a positive value of 2 and a negative value of 1, for example, it works just as described in the Help utility.  Run a sine or triangle wave through the module and you'll see the top and bottom clipped (flattened) exactly at the points that were set.

But "grow" the algorithm to accommodate a second channel that requires the same clipping points, and all bets are off.  As long as one of the clipping points is zero, it works okay to pass one polarity but not the other.  But if you put in different values, or even the same value for positive and negative peaks, the waveform will be chopped-flat at the zero crossing.

Not wanting to raise an alarm before I had my facts straight, I leaned on a learned and frequent poster to the group, and he confirmed my findings.  I append his reply to my original note and include his good illustrations.

1.  Re: Bug in the Hard Clipper, or am I missing something?

What an interesting find!  Yes, the Clipper fails to work asymmetrically  when grown: 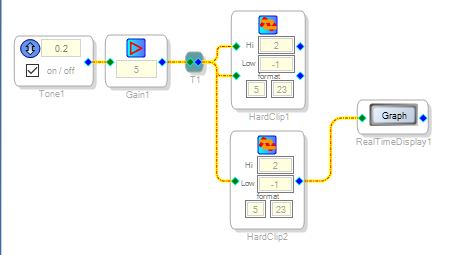 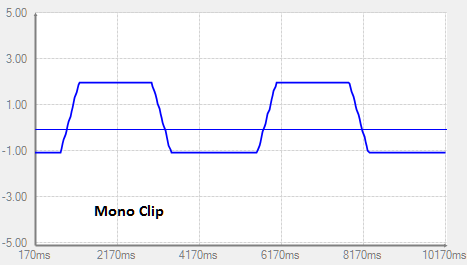 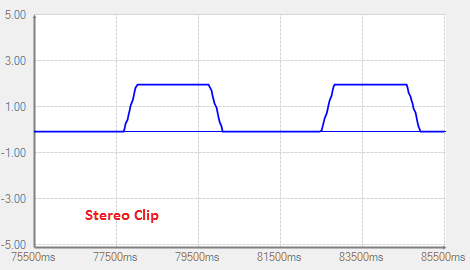