We have had multiple product failures from the field which are due to the ADAU1701 failing to start or maintain PLL lock.

This results in static noise being outputting on the DAC.

We have faced many issues with the PLL/Clock/Crystal design since conception:

2. Oscillator Version ( Nov 2021). We have again have product failures but it is now losing lock intermittently e,g, 10minutes after power on, but we do NOT see startup issues like the crystal version.

Examining the fault, it looks highly likely that the ADAU1701’s PLL is going out of lock intermittently.

When measuring the PLL loop filter instead of seeing a constant DC voltage level we see it do periodic steps ~0.5V.

We can also see Pin19, Output BCLK, has large amounts of jitter corresponding to when Pin 46, DAC Out VOUT0 outputting static noise when the product faults.

The ADAU1701 has no way to read the PLL lock status to know for certain this is the fault.

We have tried the following to try and determine what is causing the fault:

Can you please advise what we can do to debug the PLL.

Below is a schematic capture of the current design and PCB layout.

Also included is a capture of the oscillator output at R195. 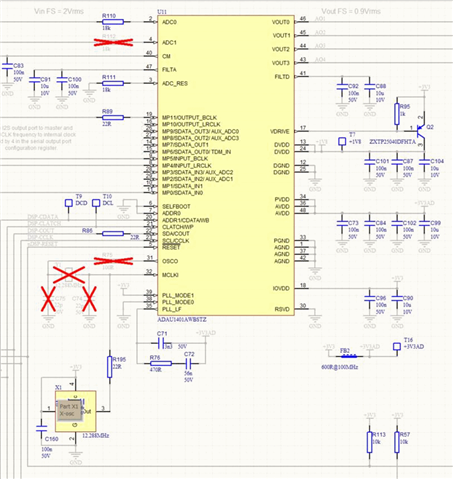 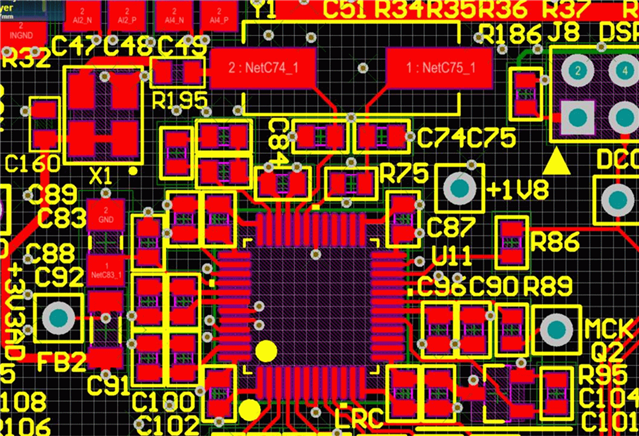 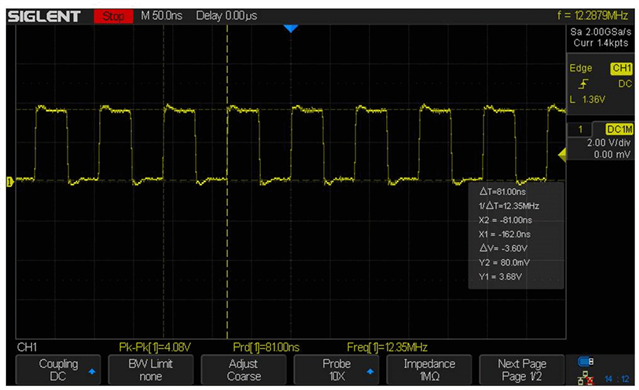