I expect the output graph to look like the one at the bottom in the image, however, the result is asymmetrical like in the top graph in the image. Am I understanding the RMS Table settings incorrectly or...? 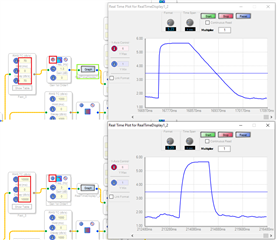