Just completed a board that uses the ADAU1462to read audio through the S/PDIF optical input.  The design closely follows the ADAU1466 evaluation board, with a self-boot EEPROM  (which I successfully programmed from SigmaStudio).

I also followed the instructions to set up the SPDIF input, using an ASRC.

It mostly "works like a charm", except for the loud pop/click when audio starts.  By "when audio starts", I mean when I click PLAY for the first time on the audio player  (using audacious on Linux).   This seems to correspond to the moment when the SPDIF line becomes active.

I tried the "mute when lock lost" setting of the ASRC, but it seems to make no difference.  Here's a screenshot: 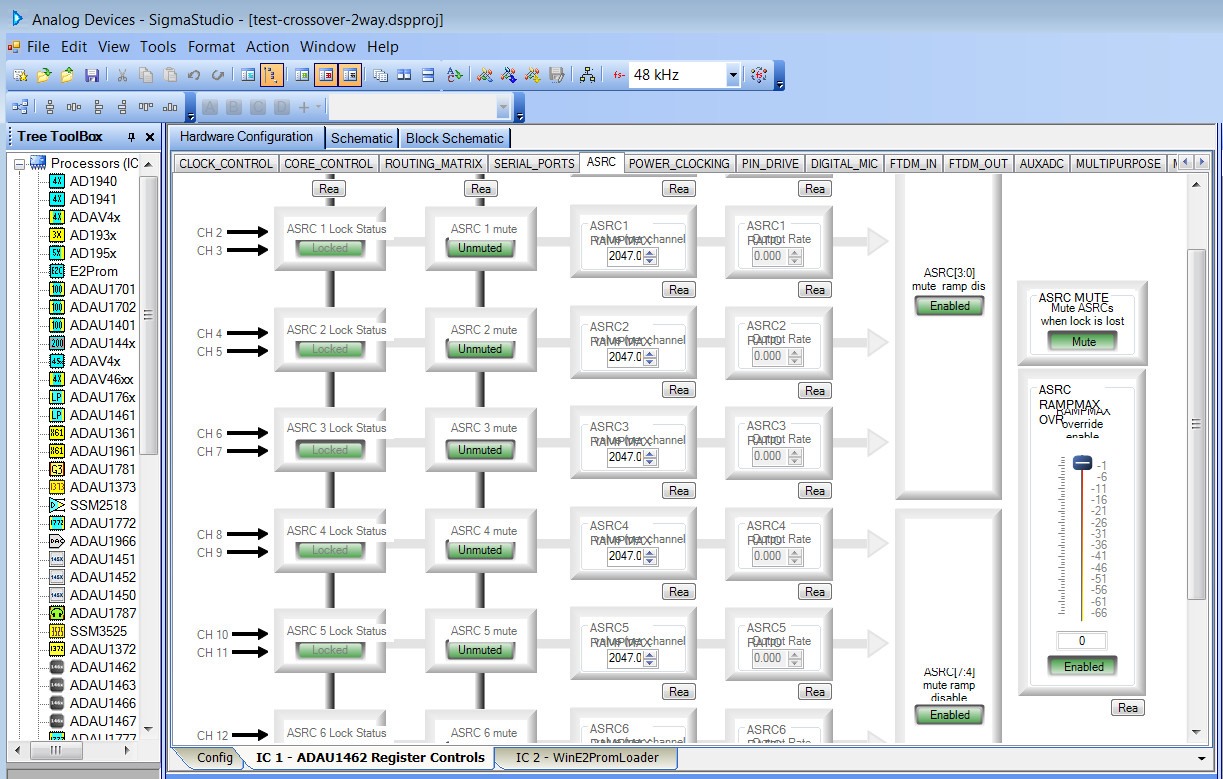 The SPDIF tab seems to have a similar setting, but that control is disabled and does not allow me to even show the pull-down list: 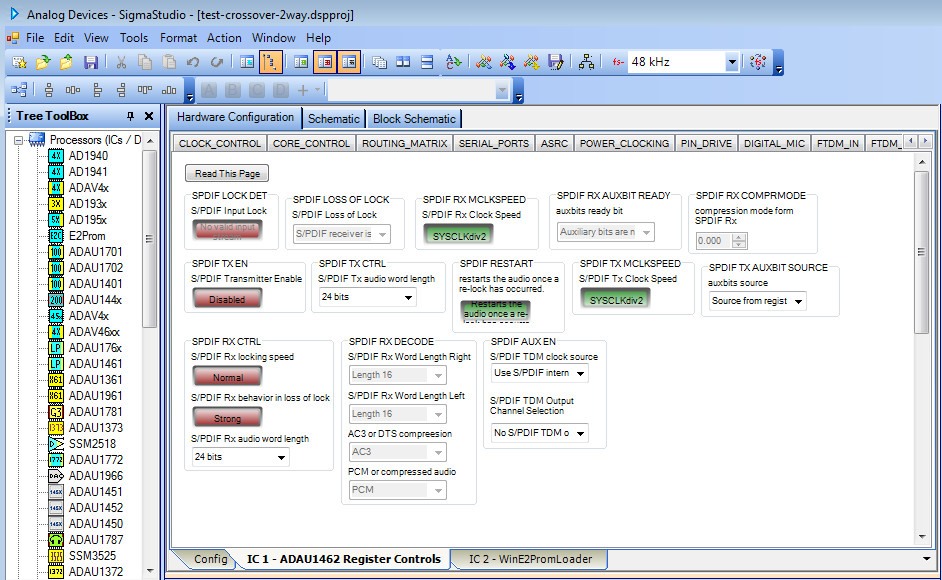 Do I have something incorrect in the settings?  Or am I missing something else?   How can I make the system entirely clickless?