Custom board designed to be modular --- each particular board will use either L, or R, or possibly both, and may work with a particular audio band or with the full spectrum.

Thus, I want to output the entire audio input  ("entire" as in:  both channels, full bandwidth --- simply put: an exact copy of the input) so that the next modules (the next boards) can use any portions of the audio as they need.

EDIT:  Forgot to mention:  the reason why I don't simply have each board "tap" into a master/broadcast I2S set of signals is that one of the modules may actually get audio from the DACs;  then, that module would output the audio through I2S for the rest of the modules to work with it.

Is it just a matter of connecting port 2 of the input to a Dig0 output control, and port 3 to Dig1 ?   (see example in the figure below, where the module would implement a 2-way crossover for the left channel, so that presumably a second module would do the same for the right channel) 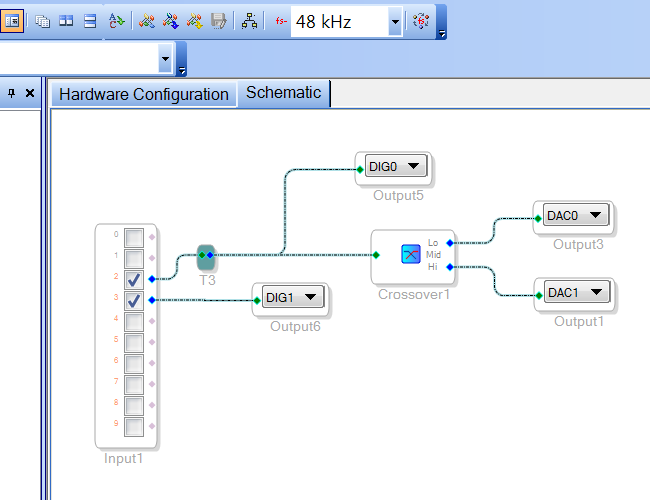