I am investigating a problem we are having with reading from the AD5696R. When following the "read operation" procedure, the value returned is nearly always 0x91. I attached a Corelis BusPro-I I2C monitor to the EVAL-AD5696RSDZ and performed a read, and noticed that it did not seem to be following the procedure. When reading from DAC C, the command following the first address byte was 14, not 04 as I understood from the datasheet. Can you explain why I am seeing a different read operation than is described in the datasheet? 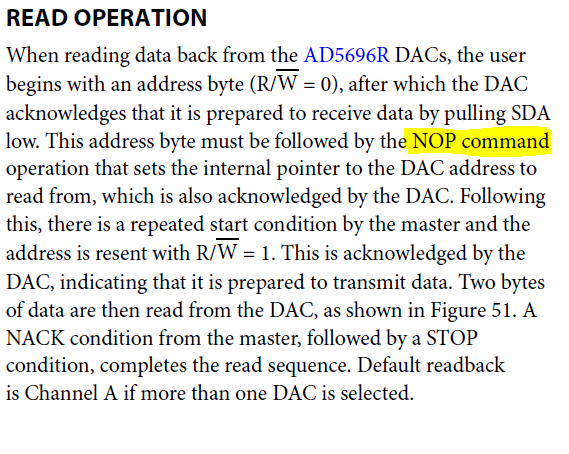