Working with a board that uses 2 AD5293 digital potentiometers.

Below is a waveform displaying all of the signal pins of the pot that is NOT updating.

What are possible causes for a pot wiper value not changing? 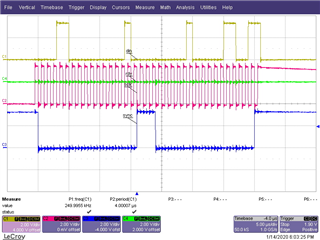