Precision ADCs
Documents How do I interface to multiple ADCs over the same serial interface?

How do I interface to multiple ADCs over the same serial interface? 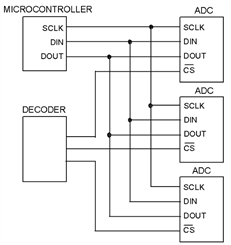