The AD7193 is 4 channel sigma-delta ADC, which is handy for sensor measurement applications - particularly sensors that generate a very small voltage that needs to be measured.  Examples include thermocouples and bridge-type sensors (such as load cells).  This tutorial is for a K-type thermocouple, but the AD7193 can be used for a variety of thermocouples, and other voltage measurements.

If you chose to use a 5V Arduino (such as an Arduino Uno or Leonardo), you'll need to shift the logic levels to ensure that the AD7193 receives 3.3V logic, as well as power from a 3.3V supply (available on the Uno as the "3.3V" power pin) - I cannot be held responsible if you fry your AD7193 using a 5V Arduino!

Arduino is an open source prototyping platform - there are many, many "Arduino-compatible" boards out there.  And, chances are good that you could get any one of them to work for this example.  But, to keep things simple, I am going show how connect the AD7193 to the Adafruit Feather.  If you deviate from this example, you are on your own.  But, don't worry!  There are loads of examples on the web, books in the bookstore/library, etc, that will very quickly help you to become an Arduino expert.

Getting started with Arduino

Do not continue until you get Blink working.  If you're struggling with Blink, keep working through tutorials and getting started guides until you understand how to communicate with and program.

To install the AD7193 library using the Arduino Library Manager, click Sketch -> Include Library -> Manage Libraries.  When the library manager comes up, type "AD7193" in the filter field, and click the "Install" button to install the library. 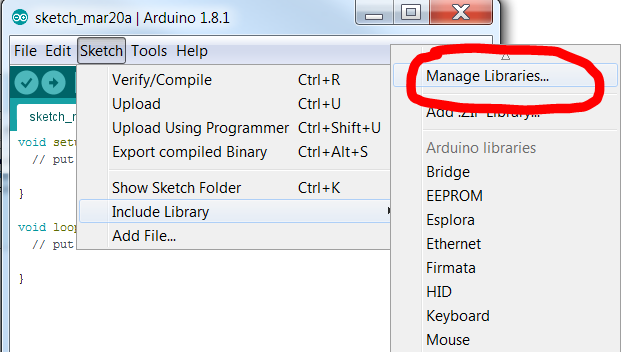 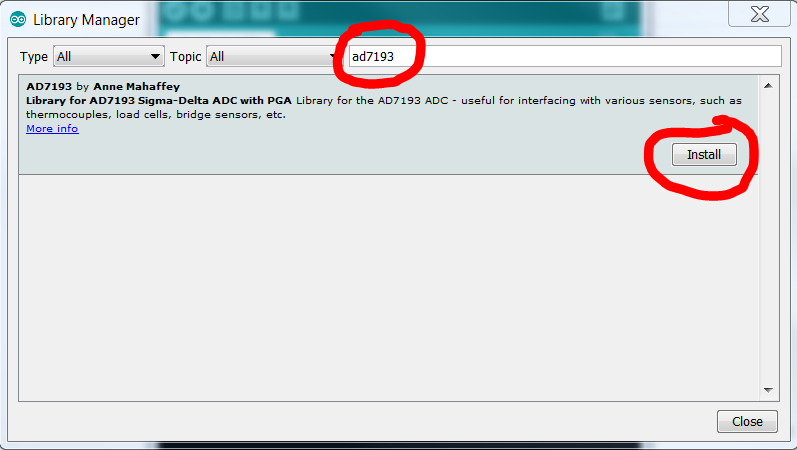 Make the following connections between your Arduino and the AD7193 (using Pmod AD5 in this example): 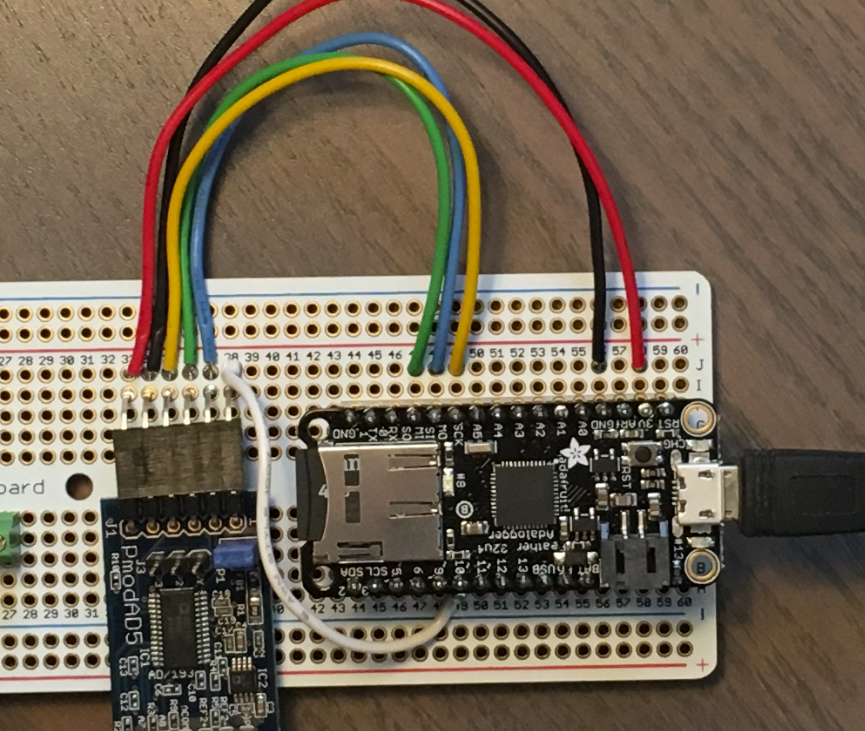 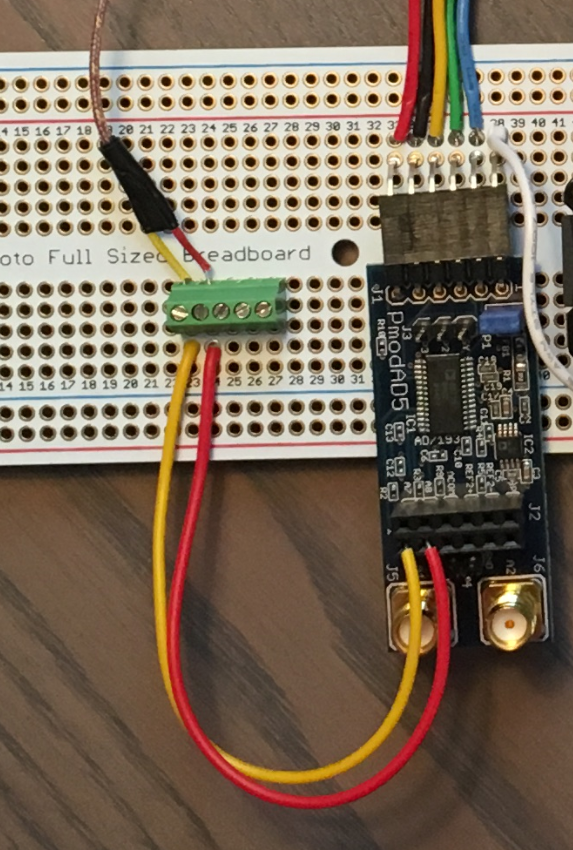 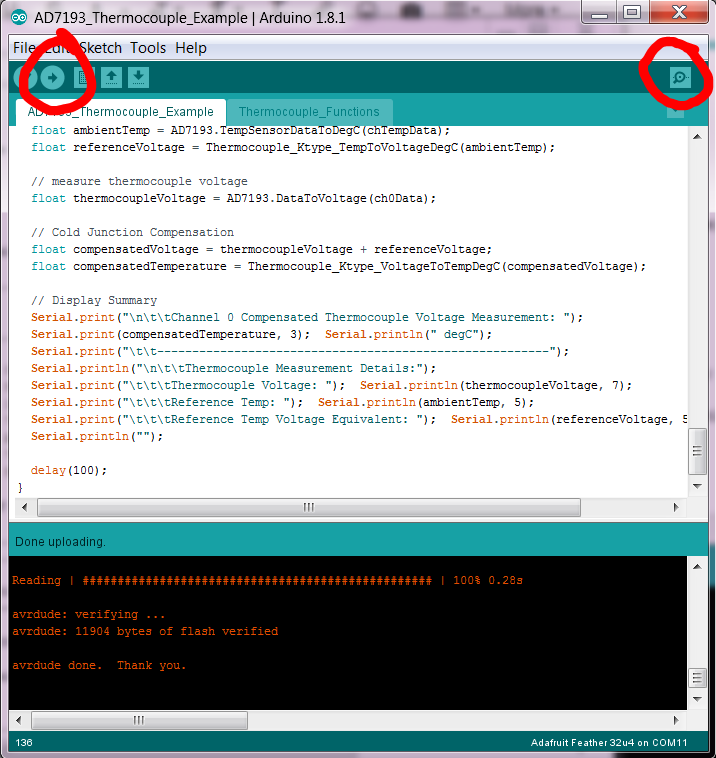 This example includes a wait loop, that's necessary for default USB devices, like the Leonardo and the Feather.

This means code you've just uploaded won't actually run until it detects that the Serial Monitor is open.  Open the serial monitor to view the setup and measured results.

If you want to modify this example for use in a more embedded application (meaning, no serial monitor), just remove the wait loop.

The example below is what the serial monitor looks like when I have the thermocouple in a cup of ice water.  (Keep in mind, I'm using the on-chip temp sensor, which according to the datasheet, has a ±2°C accuracy AFTER user calibration.  Also, this example does not include any user calibration of the on-chip temperature sensor, so you'll need to determine if your application requires calibration to get the accuracy you need.) 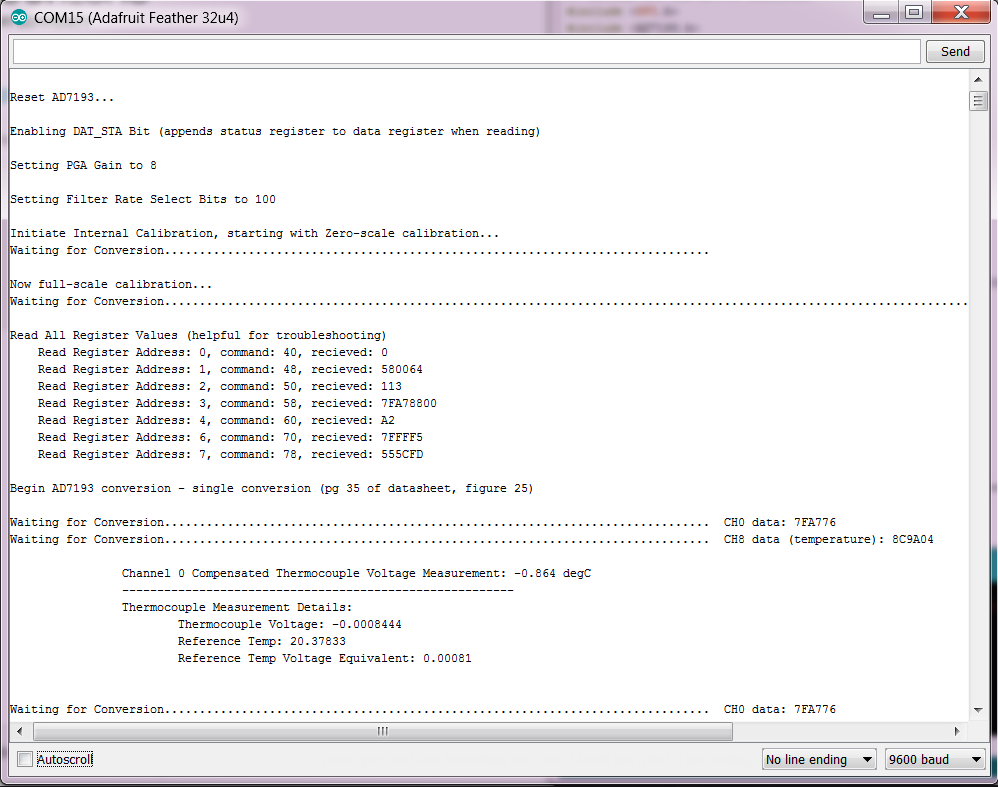 Issue: When sketch is running through initial setup, the "Read All Registers" portion of serial monitor output is showing all registers as all zeros.

I have a Saleae logic analyzer, which is easily one of the handiest things I own.  https://www.saleae.com/

Issue: "Read All Registers" portion of serial monitor output is showing all registers as all ones (F's).

Similar to issue above - check all SPI connections, and debug with a logic analyzer.

Rerun sketch, just to be sure there was an issue with the program load and initial execution.  If temperature is low when you expect high, or vice versa, try reversing thermocouple terminals.  Program as written only supports K-type thermocouples.  If using a different type, you'll need to add the linearization code for that type.

Leave any questions or feedback in the comments below.