The measurement error of AD4114 still exists when we use it. Our measurement error is about 60mV, We requires it to be within 15mV. We suspect it is calibrated problem; Since the formula we use for calibration is our own attempt to convert,  How to confirm the values of formula OFFSET and GAIN as below relationship?

Is there any way to calibrate AD4114 by non-automatically ?  thanks 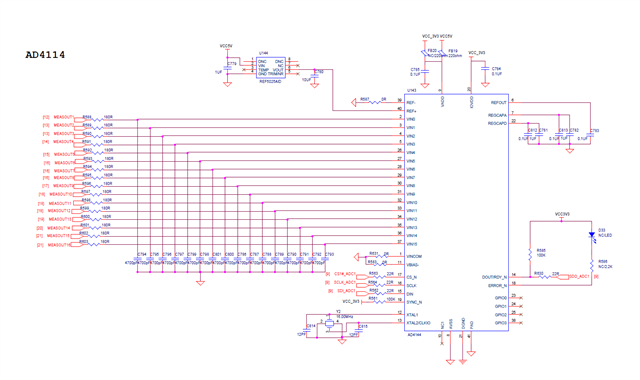