Here is the starting point of our circuit: 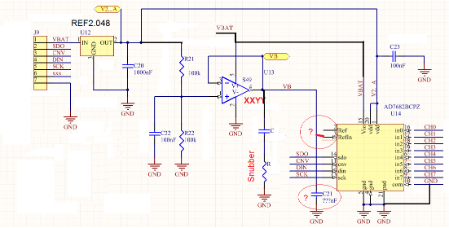 Driving REFIN with an external reference like illustrated in figure 32 from the datasheet: 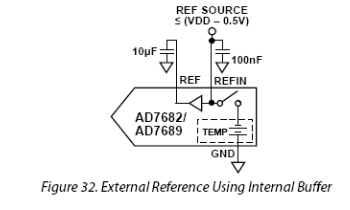 Driving the REF pin with an external reference like illustrated in figure 36 from the datasheet. 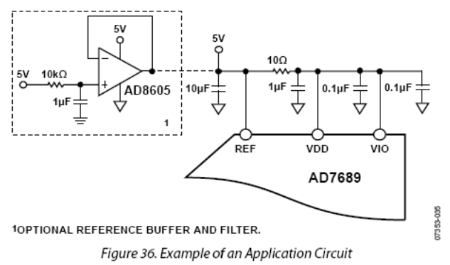 Both methods seem to present similar problems to the op-amp driver: It has to be heavily decoupled with from 10uF to 100nF. This is a challenge for most op-amps as instability can occur. Incidentally the circuit in Figure 36 is likely to lack a snubber network to stabilize it – at least according to the datasheet for AD8605 (page 14 fig. 40). Anyway,

Managing of reference power: About power consumption, the datasheet says on page 22

But unfortunately Table 10 on page 25 is unclear to me:

4) What combination of Bit5..3 disable the internal buffer? In other terms what is the CFG[5..3] setup suggested to operate in modes: a) Driving REF (fig. 36) and b) Driving REFIN (fig. 32) respectively?

I hope you can guide us with at least some of the points in this rather lengthy question.