there seems to be an issue with the AD9144 device specification. The Datasheet of the AD9144 states a valid output range between -0.3 and 0.75 V.
With the FMCDAQ2 board a termination for 500mVcm and 500mVpp was chosen. On our board this is similar.

However, starting from 370 MHz the SFDR is decreasing a lot with a strong power dependence. It seems the output buffer goes in saturation. 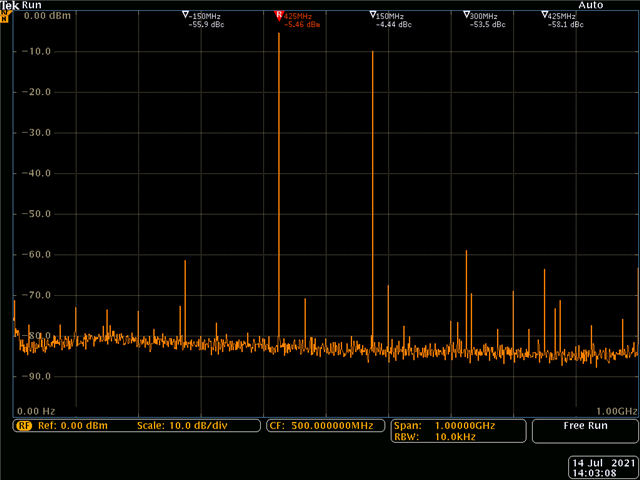 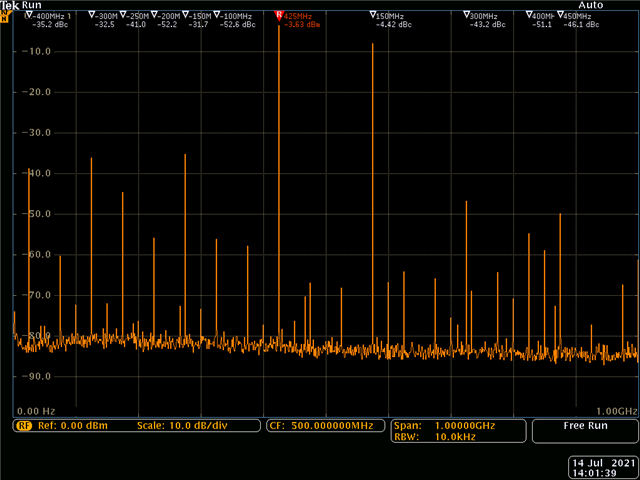 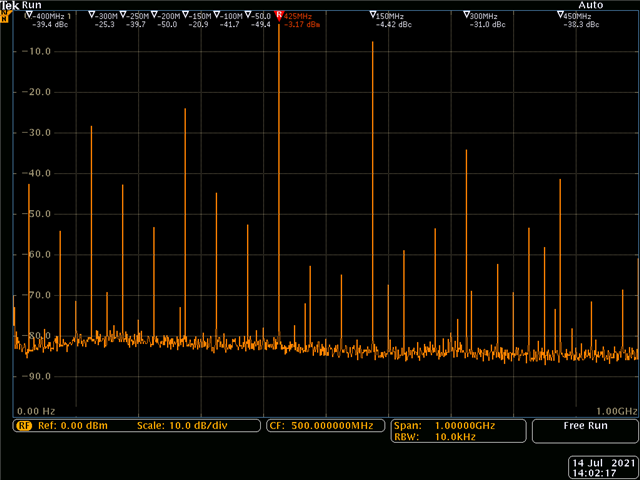 The Datasheet of AD9144 shows in Figure 7 a SFDR of better than 40 dBc @ 0dBFS signal level. fDAC on DAQ is 1GHz, fDAC in Datasheet is 983 MHz. We have used a 20mA full-scale output level and also the lowest level around 14 mA. With both levels the chip shows the same behavior.

How was the Datasheet value reached? Which output impedance was used?

Note: Measurement was done on a FSW43 and a MDO4104C(pictures), Devices where ZCU102+FMCDAQ2