We plan to use the LTC6269 in one of our application boards. At the moment we are trying to familiarize ourselves with it.  The main purpose is to use one channel as a TIA, while the the other one will be configured as a buffer. Here is our application schematic. An 'X' on the component value means the part isn't soldered, and it is only a spacer component.

However, we are seeing 2 issues with it. One is very high supply current, at 60mA. The second one is oscillations at the output. We think the two are related.

To debug these, we modified the existing board by changing resistor values and built a test circuit where we have configured both op-amps as unity-gain (buffer) amplifiers, with the +IN on each channel connected to GND. This was to keep the circuit as simple as possible. The idea was to get it to work properly with this basic configuration. If the issues still persist in these simple configurations, then there is no way more complex configurations can be made successful. Here is a schematic of our test setup. V+is at 5V, and V- is at GND. There are no resistive or capacitive loads at the outputs. The opamp channels were made independent of each other.

However, even with the simple connection above, the supply current drawn was still at 60mA. This is too high. The datasheet only indicates quiescent current of 16mA per amplifier, so we would expect probably 30-40mA at this configuration for this dual-channel device. This high current has been observed using multiple devices. This was verified on multiple boards too.

We also did another experiment where we forced a voltage on +IN A, while keeping +IN B at GND. We expected to see OUT A following +IN A. We still saw oscillations at the output, and the supply current remained high. Here are some plots.

The plot below is on OUTA. OUTB is not shown, but looks the same. 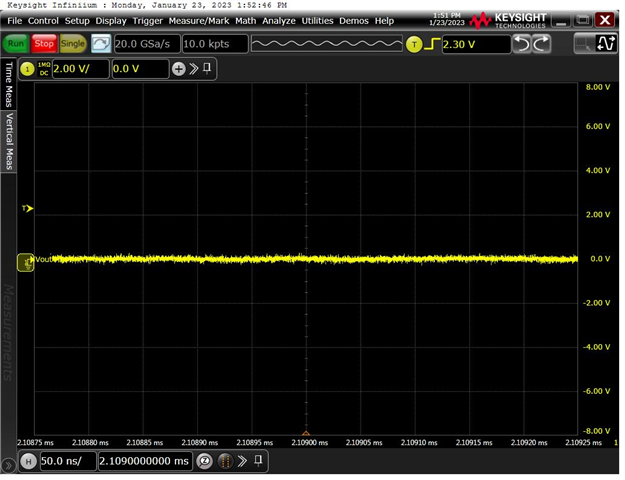 With the other conditions set the same, we increased +IN A to 100mV. Oscillations are seen on OUTA as shown below. OUTB is again not shown, but remains clean as in the first plot. 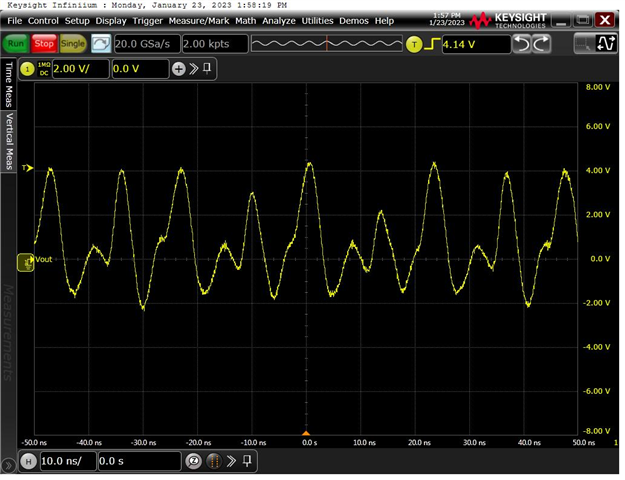 Below is another plot where +IN A is at 1V, with +IN B still at GND. 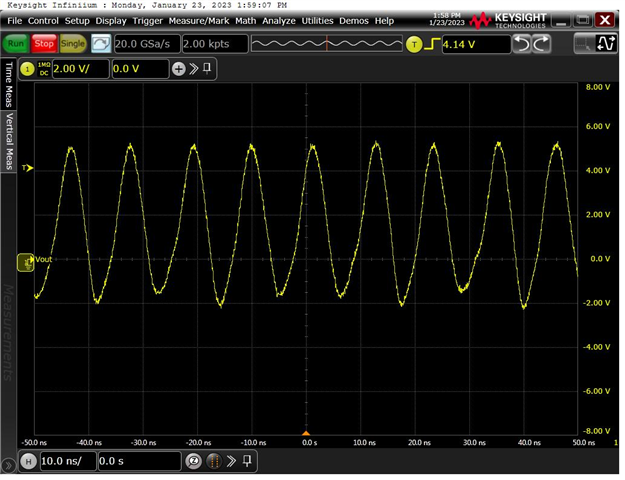 We have tried to think of possible reasons why we are seeing such high currents and oscillations even when we connected the op-amps in unity gain, but we could not think of anything electrically that could be causing this. The V+ supply is clean. We have put a scope on it and confirmed it is clean. The +IN and GND nodes are clean as well. These buffer configurations are supposed to be simple circuits, but we could not get them to work. Hence, we are reaching out to ADI regarding the use of the LTC6269. Any help woúld be much appreciated.

In case anyone is interested in looking at the PCB layout, here is a snapshot of it. 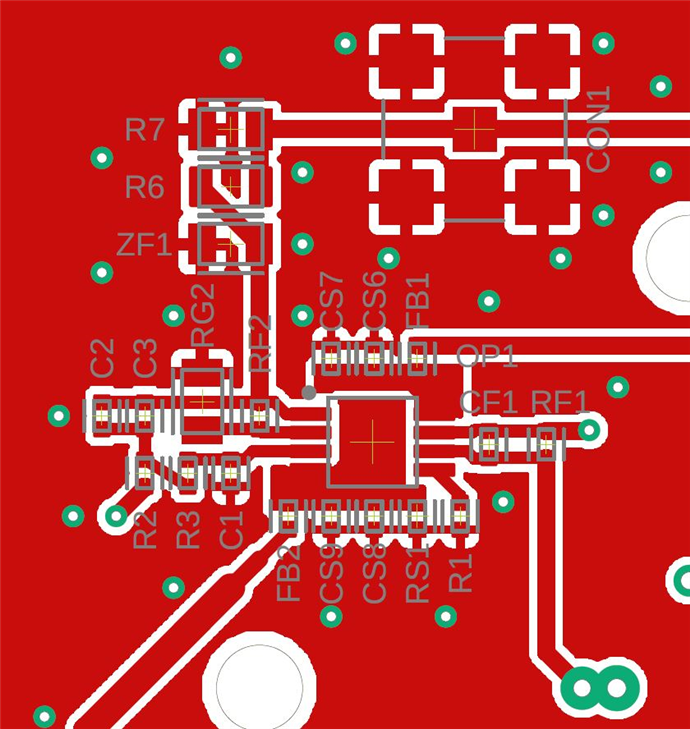