I am using a LT1167 Instrumental Amplifier (IA) and using the out put to be used in 3 DC-DC converters to current share. What effect would it have in bandwidth or noise if I add a capacitor in series with the Rg (gain resistor) ?

I have already researched about this and so far I was unable to find anything about this. I have attached a screenshot I of the LTSpice simulation.
Please let me know if you know. 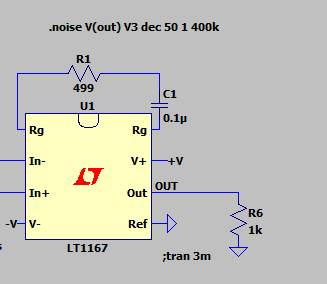