I am designing with AD8481A for bidirectional current detection.

VREF1 and VREF2 are used in parallel as shown in the block diagram below, but a buffer circuit is used to shift VREF from 1 / 2Vs. 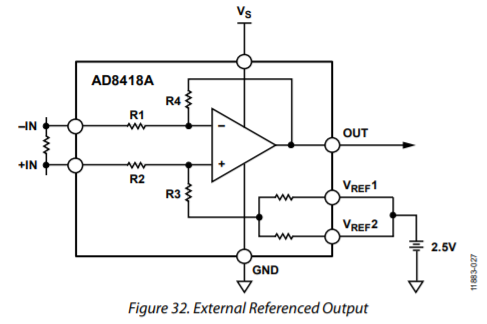 An RC filter is inserted to remove the noise in this buffer. 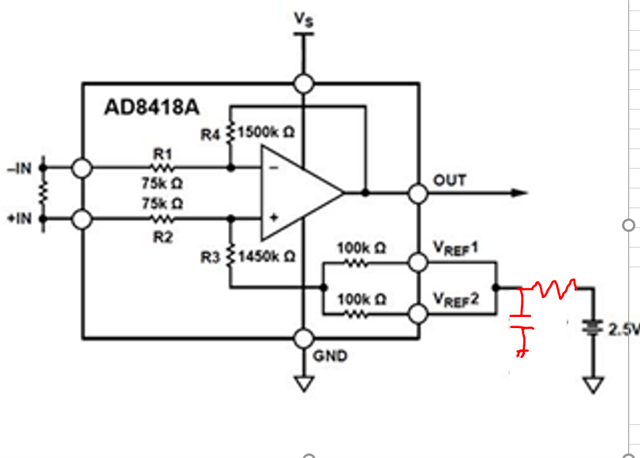 From the experiment, I noticed that the output common mode voltage deviates from the design value.

It was found that the VREF1 and VREF2 terminal voltages were slightly shifted from the design because the resistor was inserted externally.

Also, since I found the internal resistance value from the following thread, I would like to estimate the offset due to inserting the resistance externally.

At this time, I would like to consider how much the offset varies, but should I assume that the internal resistance will vary at worst?

I found from the data sheet that the relative precision was about ± 0.5%, but I didn't know the absolute precision.

I think that the gain will be affected by adding a resistor, but could you please tell me the formula for calculating the effect on the gain?