in my circuit I have a problem, with the offset voltage. I dont how is the best way to solve it.

Below you can see my circuit. 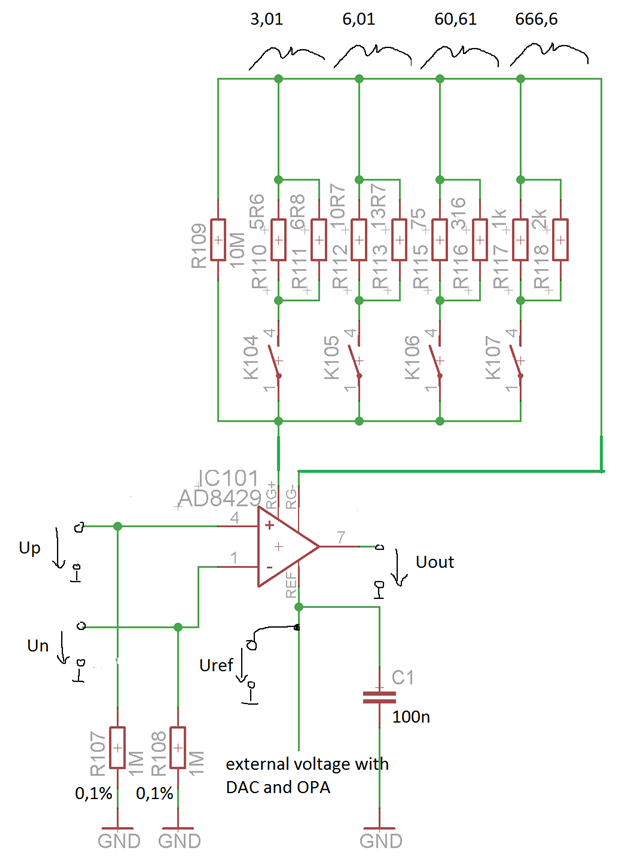 I have measurement the volteges Up, Un, Uref and Uout with different values of Rg. The relay are reed relay. My aim was it, to make a offset compensation  with the Uref voltage. But if the gain (small Rg) is to high, than I get an offset voltage, which is bigger I have calculated. Thats the reason I measurment the voltages to find out, where the big offset come from. For this measurement the Uref voltage is constant.

2. I understand the voltage Up, the bias current is constant and flow throw the 1Meg resistance and create the offset voltage of circa 123mV.

4. Have you any idea, where problem should be? Is it a measuremnt error?

Thank you in advance.