I have the following schematics:

The V_att is a 1kHz Sinewave input at 1V peak to peak. The R9 is essentially an open connection(no resistor there) and R6 is a short. V_filter is the sinewave I am interested in

The following is the simulation of the same circuit, but without the 3.3V to 5V gain from the second op amp. 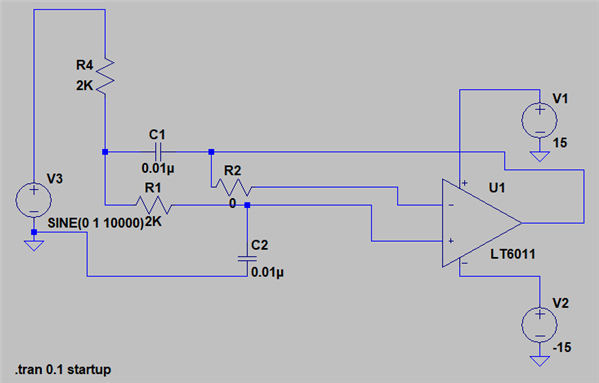 + In my actual circuit based on figure 1, the v_filter is attenuated by approximately 4 times and its average is shifted to about negative 2V

+ In my simulation using LTSpice, the v_filter is exactly the same as the V_att (input voltage V3) and there is no DC bias on the output.

+ Since this circuit is a 2nd-order low pass filter with cutoff frequency at approximately 8kHz, the output (V_filter) should be the same as that in the simulation (figure 2).

+ have replaced the LT6011 DD package chip 5 times and use different copies of my board but the signal output is still the same as that in figure 1.

+ What could possibly be the reason for this problem?

+ The DD package has a pad (pin 9) underneath the chip which I did have the copper layer for it, but I didn't connect it to anything. Is this the reason for the above issue?